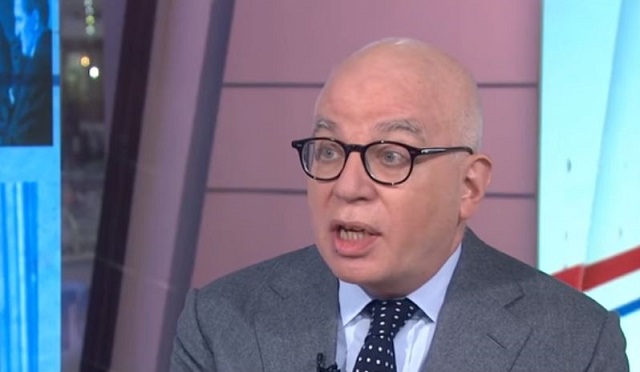 Michael Wolff‘s new book, Fire and Fury: Inside the Trump White House, has set the media ablaze with a series of revelations about the inner-workings of President Donald Trump‘s administration, and attitudes that insiders have towards the 45th president. The White House has dismissed the book as “fantasy” that is full of factual inaccuracies, and Trump’s legal team has threatened to take action. According to Wolff’s own prologue in the book, they may be right.

The prologue reportedly includes the following:

Many of the accounts of what has happened in the Trump White House are in conflict with one another; many, in Trumpian fashion, are baldly untrue. These conflicts, and that looseness with the truth, if not with reality itself, are an elemental thread of the book.

Sometimes I have let the players offer their versions, in turn allowing the reader to judge them. In other instances I have, through a consistency in the accounts and through sources I have come to trust, settled on a version of events I believe to be true.

So Wolff flat out says that he believes that at least some of his sources were lying to him, and while he attributes some accounts to their sources, he acknowledges that this isn’t always the case.

This could be problematic for Wolff. He’s being accused of including fiction in what’s presented as a non-fiction book, and he admits that not all of his sources were trustworthy, but he doesn’t specify what’s fact true and what’s false. On its face, this sounds like a classic candidate for a defamation case.

Let’s run through the elements for a defamation claim. There has to be a statement that is 1) false, 2) defamatory, 3) published to a third party, and in the case of statements about public figures (like those included in Wolff’s book), 4) with “Actual malice,” meaning knowledge that the statement is false, or reckless disregard for whether it’s true.

At first glance, it sure sounds like Wolff is admitting to publishing statements–many of which are defamatory–that he knows to be false. He does, however, have some defenses here.

First, as he points out, in some case, Wolff makes it clear that certain dubious versions of events are coming from those dubious sources. In those cases, he’s not saying the contents of those statements are true. In other cases, where he’s merely presenting an account of what happened, even though he admits that he may have heard conflicting stories, the version he presented was one “I believe to be true.”

If Wolff believed that everything he presented as fact was in fact true, then he wouldn’t have acted with actual malice, even if he was wrong. On the other hand, one could argue that he still knew there was a chance that the version of events that he published was false.

Wolff insisted to NBC’s Savannah Guthrie, “I am certainly and absolutely, in every way, comfortable with everything I’ve reported in this book.” That may be the case, but he may not be comfortable with the potential influx of lawsuits heading his way.