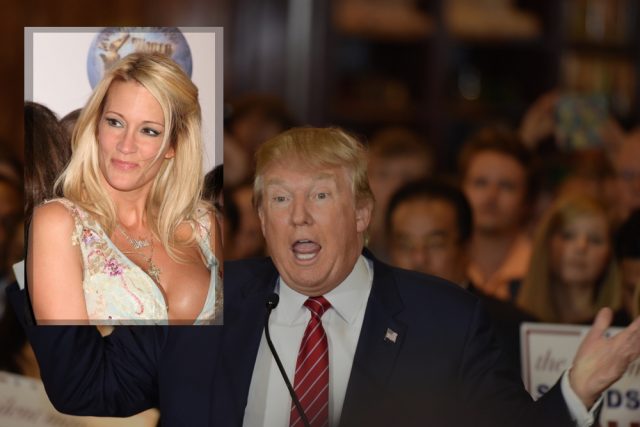 According to an article in The Daily Beast, Drake signed the confidentiality agreement after Trump allegedly groped and kissed her and then later offered to pay her $10,000 for sex at the Edgewood Tahoe Golf Course in 2006. Drake didn’t comment on the NDA directly, but her publicist issued the following statement:

Jessica’s NDA blankets any and every mention of Trump, so she’s legally unable to comment. Jessica signed a non-disclosure agreement after her allegations of misconduct, and she can’t do as much as peep his name publicly.

So, what happens if Drake decides to break the NDA and share details of her encounter with Trump? Probably not an awful lot of anything at all. We’ll get to that, but first let’s take a look at NDAs, generally.

NDAs are not a complete demand or promise of silence.

Here, Trump is essentially being accused of two crimes: (1) battery because of the nonconsensual groping and kissing; and (2) solicitation because he allegedly offered to pay Drake for sex without the requested sex being filmed. Prostitution is legal in most Nevada counties, however, it is currently illegal in Douglas County–where the Edgewood Tahoe Golf Course is located. So, based on the information publicly available, Trump may have entered into an agreement to cover up the existence of two misdemeanors.

If that’s the case, Drake would be on fairly solid legal footing should she choose to share.

All NDAs are not created alike.

The more controversial sort of NDAs–the ones on everybody’s radar as a result of The Great Threshing known variously as #MeToo or the newly-minted “Time’s Up!” campaign–are the type that seek to prevent the disclosure of sexual misconduct. This sort of NDA is a form of contract between the alleged perpetrator and the alleged victim.

The victim, typically a woman, is essentially paid hush money. As a condition of receiving such hush money, the victim must remain completely silent on the matter. The perpetrator, typically a man, may or may not have to publicly disclose the NDA’s basic existence and must actually pay the money out. If the victim discloses any of the verboten information in the NDA–sometimes even including the NDA’s existence– or the perpetrator doesn’t provide the promised funds, then they have simply broken a contract which a civil court judge will likely be asked to rule upon (unless there are arbitration or mediation clauses as well.)

Under the terms of the contract, an NDA-breaking victim will likely be forced to pay back all or part of the original hush money–and could also be forced to pay damages if such clauses are contained in the NDA signed between the parties. To be clear, the violation of NDA terms does not carry criminal penalties.

Long story short: you can’t be paid to cover up a crime. And an attorney shouldn’t advise a client to sign a document that pays out funds in order to keep an alleged or theoretical crime under wraps. But, of course, these sorts of NDAs are signed all the time in Hollywood. Harvey Weinstein‘s NDAs were some of the few Tinseltown contracts that were ever actually made on paper.

So, what about Jessica Drake?

The Jessica Drake news is interesting for at least a few reasons. This makes the issue a bit complex in some ways–and stunningly simple in others. Basically, she’s got very little to worry about here.

To begin with, the alleged NDA is still secret: (1) No copies have been provided to the media as of today; (2) Drake herself is keeping mum about; and (3) no one is discussing the actual terms included in the document. Therefore, there’s very little on which to base an estimation as to what happens next.

Drake’s publicist, however, has provided a perhaps-not-so-obvious clue. Recall the statement made to The Daily Beast, “Jessica’s NDA blankets any and every mention of Trump…she can’t do as much as peep his name publicly.”

If we take Drake’s publicist at their word, however, then Drake may have already violated her NDA in October 2016–when she became the 14th woman to publicly accuse Trump of sexual misconduct. Drake actually offered a detailed explanation of what allegedly occurred when she met Trump at Edgewood Tahoe during prepared remarks at a press conference.

As of now, Trump hasn’t made good on promised legal threats to his 20-plus accusers. During a rally in Gettysburg, Pennsylvania on Oct. 22, 2016, he famously said:

Every woman lied when they came forward to hurt my campaign. Total fabrication. The events never happened. Never. All of these liars will be sued after the election is over.

So far, there hasn’t been a single lawsuit filed. That’s partly because Trump is all talk and partly because he (and his attorneys) understand that during such a lawsuit evidence will have to be provided and ultimately made public. Public exposure is the one thing Trump certainly does not want.