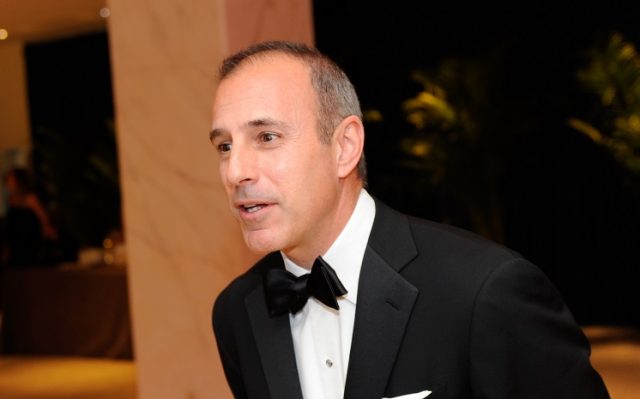 Former Today Show host Matt Lauer has been accused of sexual assault. Whether Lauer could be prosecuted is a different question entirely–and is likely to be answered in the negative.

As word of the morning news mainstay’s apparently abusive tendencies initially broke, details were sketchy and it was anyone’s guess what forms of abuse Lauer might have subjected his alleged victims to.

Now, as information and allegations emerge, those details are charitably described as multiple levels of disgusting, bordering on absurd, and tinged with the dark sort of WTF that makes some feel sick to their stomachs. A report from last night notes:

In 2001, the woman said, Mr. Lauer, who is married, asked her to his office to discuss a story during a workday. When she sat down, she said, he locked the door, which he could do by pressing a button while sitting at his desk. (People who worked at NBC said the button was a regular security measure installed for high-profile employees.)

The woman said Mr. Lauer asked her to unbutton her blouse, which she did. She said the anchor then stepped out from behind his desk, pulled down her pants, bent her over a chair and had intercourse with her. At some point, she said, she passed out with her pants pulled halfway down. She woke up on the floor of his office, and Mr. Lauer had his assistant take her to a nurse.

Despite the horrifying nature of these allegations, too much time has passed to bring criminal charges, due to the statute of limitations. Long disdained by victims rights advocates–who agitated and lobbied against the timelines–the tolling and limiting language was removed from New York State Penal Code after the 2006 legislative session.

But the harrowing events described in the report above took place in 2001–well before the statutory changes took effect, and those changes only apply to forcible rapes committed prior to the law’s revision and were not made retroactive in nature.

In fact, retroactive application of law is expressly forbidden by Article 1, Section 10 of the U.S. Constitution, which reads, in relevant part [emphasis added]:

No State shall enter into any Treaty, Alliance, or Confederation; grant Letters of Marque and Reprisal; coin Money; emit Bills of Credit; make any Thing but gold and silver Coin a Tender in Payment of Debts; pass any Bill of Attainder, ex post facto Law, or Law impairing the Obligation of Contracts, or grant any Title of Nobility.

Constitutional jurisprudence has allowed the passage of some ex post facto laws. But only those which are not punitive in nature. Because Lauer’s alleged sexual assault and/or rape occurred well before the limitations language was removed from New York’s criminal law, he all-but certainly can’t and wont’s suffer criminal consequences for his actions.