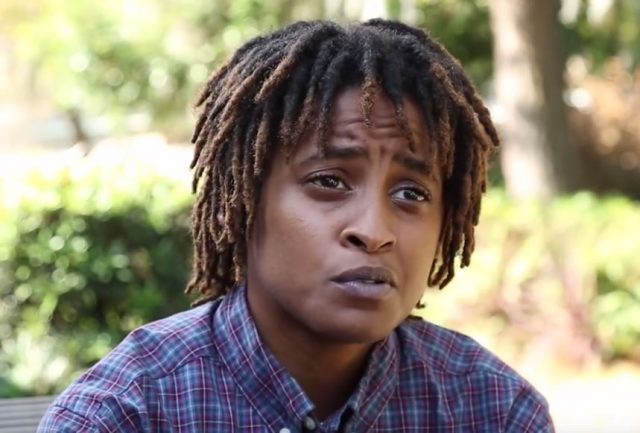 Title VII of the Civil Rights Act of 1964 prohibits employment discrimination on the basis of sex, but does that include sexual orientation? Courts and federal agencies have been split on the issue, but the Supreme Court will get the opportunity to issue a decisive ruling, should they choose to hear the case of Jameka Evans.

Evans faced harassment while working at Georgia Regional Hospital in 2013, allegedly because she is a lesbian. According to her petition for certiorari, filed with the Supreme Court on Thursday, she wore a male uniform while on the job and had a short haircut. She alleges that her supervisors harassed her, gave her undesirable work schedules, was overlooked for promotion, and was singled out for disciplinary purposes because of her sexuality.

Evans claims that she first realized her treatment was due to her being gay after she complained to human resources, and an HR official asked her what her sexual orientation is. She eventually quit her job after “the unbearable discriminatory working conditions persisted.” She then sued the hospital, representing herself, claiming that she was targeted because her  “status as a gay female did not conform to . . . gender stereotypes associated with women,” and because she didn’t “carry herself in a ‘traditional woman[ly] manner.’”

The U.S. District Court in the Southern District of Georgia dismissed Evans’ case, saying Title VII doesn’t apply to sexual orientation. Pro-LGBT group Lambda Legal took on the case on appeal, but they didn’t fare any better. The Eleventh Circuit ruled against Evans, with a split panel ultimately relying on a 1979 case where the Eleventh Circuit that said terminating an employee for their sexual orientation isn’t covered by Title VII. Without an overruling by the entire circuit court or the Supreme Court saying otherwise, the majority opinion was to follow that precedent. The panel did, however, agree that discrimination based on a person’s behavior not conforming with gender norms was protected.

Evans, sought an en banc ruling from the entire Eleventh Circuit, hoping they would rule in her favor on the sexual orientation issue, but they turned her down. Now, with the help of Lambda Legal, Evans is hoping the Supreme Court will hear her case.

This is an opportunity for SCOTUS to reach a landmark decision, regardless of how they rule. While the Eleventh Circuit ruled against Evans, the Seventh and Second Circuits ruled the other way in a separate case earlier this year. Meanwhile, the Justice Department has held that Title VII doesn’t apply to sexual orientation, while the Equal Employment Opportunity Commission treats such cases the same as sex discrimination matters. At this point, it’s up to the Supreme Court to clarify the issue.

If SCOTUS hears Evans’ case and decides in her favor, it would be a huge step forward for LGBT rights, offering people judicial protection from discrimination based on their sexual orientation. If they rule against her, it would still provide a definitive answer to a pressing legal question. If it turns out that Title VII does not apply to these situations, it would be up to Congress to pass new legislation that would address them.

In the meantime, Evans and others will have to hope that the Supreme Court takes the case so that a definitive resolution can be reached.