Schiff’s Fit About Altered Nunes Memo is a Legal Nothingburger 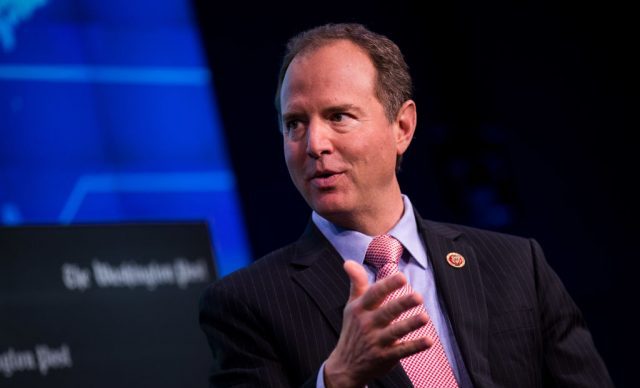 Congressional Democrats are making a big stink about how a controversial memo from House Intel Committee Chairman Devin Nunes (R-California) containing classified information was changed after the Committee voted to release it. As per House rules, after the committee’s vote, the memo went to the White House, where President Donald Trump has five days to object to the disclosure. Of course, given the state of modern political discourse, the responses to the memo’s alterations are wildly overstated.

Rep. Adam Schiff (D-California), the ranking Democrat on the Committee, tweeted Wednesday night with news that the memo was altered. He claimed that because the memo was changed after the vote and before it went to the White House, the President is not looking at what the committee voted on.

Schiff included a letter he sent to Nunes saying that because the memo sent to the White House was “materially different” from the one the Committee voted on, they “must hold a new vote to release to the public its modified document.”

Not so fast, Congressman. This looks to me like a legal nothingburger.

The process of House disclosure of classified information is clearly outlined in the House rules.

The rule then goes on to detail the process by which this happens. It says that if the committee votes to release classified information that the executive branch (in this case the Justice Department) wants to keep secret, they have to notify the president. They then have to wait five days to release the material, unless the president objects in writing, gives his reasons, and “certifies that the threat to the national interest of the United States posed by the disclosure is of such gravity that it outweighs  any public interest in the disclosure.”

If the president objects, the matter goes before the full House for a vote. If the full House votes in favor of disclosure, the information can be revealed.

It’s a key distinction, and one that Schiff and Rep. Jim Himes (D-Connecticut) either fail to understand or choose to ignore.

Himes went even further, accusing Nunes of saying something he didn’t.

In a formal meeting, I asked Chairman Nunes not once, but twice, if his memo would be released precisely as we reviewed it. He said yes. Then altered it. pic.twitter.com/vWa1oFz9qX

Himes’ tweet and Schiff’s letter include a transcript of an exchange between Himes and Nunes, where Himes asked Nunes if the exact memo they were voting on would be the one they release, “word for word.” Himes complained on Twitter that Nunes said yes, then altered the memo anyway. That’s not true. Nunes was very careful with his response. First, he said they would “make the content available,” then he again said, “we will send the content over to the White House.”

Nunes clearly avoided Himes’ question, which is shady as hell, but he didn’t lie. He said he would send the content of the memo they voted on to the White House, and that’s what happened. More importantly, as discussed above, it’s the content that matters, not the format in which it’s written.

For sure, Nunes and his fellow Republicans are being less than honest in their actions surrounding the memo, which has faced strong opposition from Democrats, the FBI, and the Department of Justice for reasons including inaccuracies. Changing the document after the vote reeks of dishonesty and a desire to catch the other side unprepared. Nevertheless, as long as the classified information in the final version was also in the memo that the Committee voted on, it’s technically within the rules.

Ronn Blitzer is the Senior Editor of Law&Crime and former prosecutor in New York City. Follow him on Twitter @RonnBlitzer.