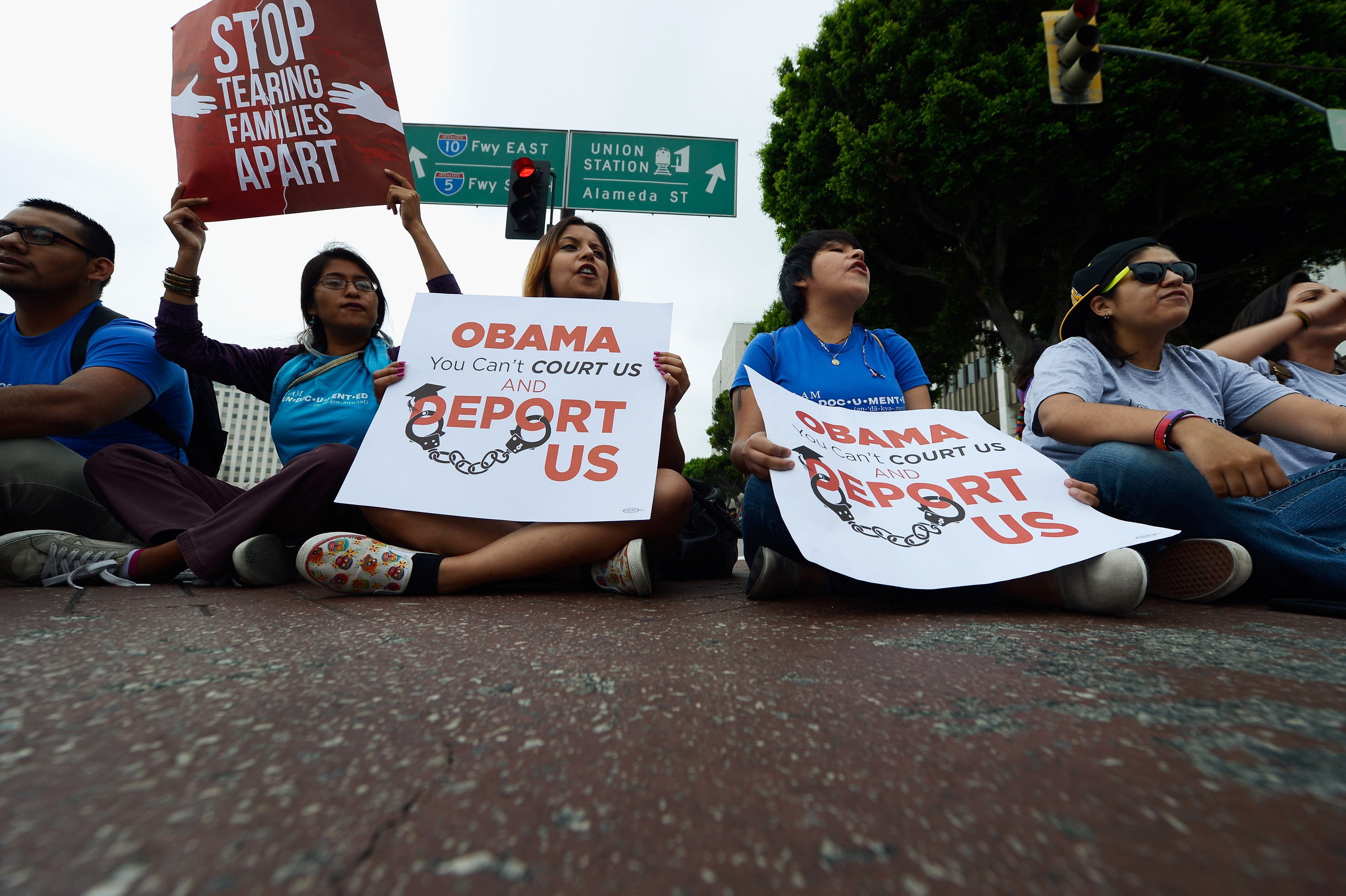 But that’s simply not the case. At least, it’s a very misleading statement of what’s actually occurred in the past and how that influences what’s happening now.

Immigration and Customs Enforcement (ICE) began detaining pregnant women under the George W. Bush administration almost immediately after being conjured into existence by Congress in November 2002. The agency opened its doors in March 2003 and quickly began asserting itself as the detention and deportation force it’s known for being today.

In November 2007, Senator Ted Kennedy spearheaded an effort to force ICE into abiding by discretionary humanitarian guidelines, according to In These Times.

The new guidelines required ICE agents to consider and investigate whether potential detainees should be treated differently and were tailored to include “those with serious medical conditions…pregnant women, nursing mothers, parents who are the sole caretakers of minor children or disabled or seriously ill relatives, and parents who are needed to support their spouses in caring for sick or special needs children or relatives.”

[A] 72-page report also criticized the educational services for children; the food service and rushed feeding times for children; the health care, especially for vulnerable children and pregnant women; the therapeutic mental health care as insufficient or culturally inappropriate; and the recreation time as inadequate for children. The review said that families were being held for months in Hutto and for years in the case of the longer-established Berks facility.

Those guidelines, however, were always discretionary and often ignored.

Feeling the heat from the media and liberals like Kennedy, the Bush administration appeared to lean on ICE  and force the exercise of discretion in the case of pregnant women. As a result, very few negative headlines sprung up regarding ICE’s tendency to detain pregnant women after the new guidelines were announced.

But then Barack Obama became president, and discretion went right out the door. The Obama administration often positioned itself as a friendlier alternative to the Bush administration, but on immigration that wasn’t exactly the case.

At least 559 pregnant women were detained in just six detention facilities — ICE operates about 250 facilities nationwide, so the number of pregnant detainees could be significantly higher.

Lee’s report cited a groundbreaking study of Freedom of Information Act (FOIA) -obtained data by Fusion. When initially presented with the findings of that study, the Obama administration outright lied about it, stating, “We don’t detain pregnant women.”

Additional evidence is extant and easily accessible. In June 2015, The Los Angeles Times wrote about ICE’s practice of pregnant detention under Obama. In July 2015, The Guardian referred to the practice as an experience that results in “trauma.”

President Donald Trump did recently issue an executive order titled, “Enhancing Public Safety in the Interior of the United States.” This is true. But this order does not mention the word “pregnant” once or otherwise provide support for the assertion that the agency has suddenly committed itself to detaining pregnant women.

For ICE, the detention of mothers-to-be is a time-honored practice.