Did Clinton Campaign Collude With The Russians By Funding Dossier Research? 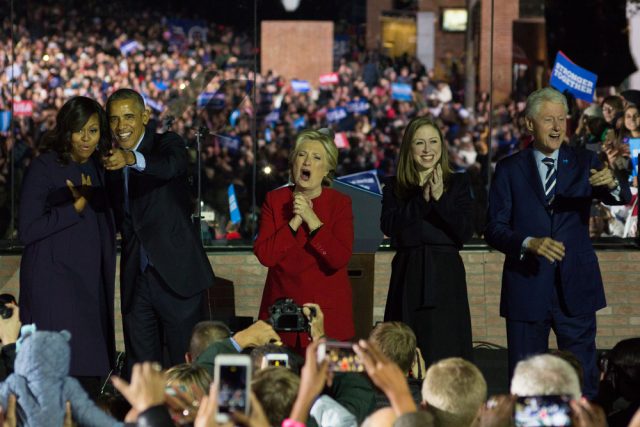 As the Russiagate narrative splinters into nothing but the whispered frustrations of cynical political operators with each and every retraction, amended hot take and verified tale of the Democrats being just as connected to Russian malfeasance as anyone in Trump’s orbit, the pee tapes are back in the news again.

The groundbreaking and recycled story this time is: the Clinton campaign picked up part of the tab for Christopher Steele‘s research into Trump’s Russian links and his allegedly urine-centric kinks. This fact could alternatively be stated: The Clinton campaign paid a foreigner for opposition research on a political opponent.

In the foggy, heady atmosphere created by Democratic Party caterwauling about Trump being an illegitimate Russian stooge and the barrels of Russophobic ink that have been spilt by centrist and liberal media sources to push that narrative forward, anything foreign-related in the realm of politics is getting subjected to the withering incredulousness of cable news personalities and insight.

Just today, former Clinton campaign spokesman Brian Fallon appeared on CNN to argue with John Berman about why his boss working with the DNC to fund a foreign agent’s opposition research isn’t more or less the same as Donald Trump Jr. foolhardily hoping to suss out opposition research from a Russian huckster. For those who value their eyesight and sanity–it is the same.

Just not for the reasons Fallon thinks.

Long story short: if Trump Jr. was in the wrong, then so was Team Hillary. And vice versa: If Hillary is implicated in this non-story for a violation of campaign finance law, then Small Donald is looking at some hard times ahead. But everyone involved in their attempts to dig up dirt on their opponents can relax for now. A full legal analysis follows.

The first question is: Did Clinton and Co. collude with the Russians? The first answer is: no.

Collusion as a legal concept is not codified in any context aside from antitrust law. In the past, some of our analyses have looked at whether a lay (non-legal) definition of collusion could be used against Trump the Elder vis-à-vis the Mueller probe or, in other words, whether “collusion” in regards to Russia is just a sloppy name for some other crime possibly committed by Trump–a valid question since Mueller could potentially lay the ground for impeachment based on the political (i.e. non-legal) charges of “High Crimes and Misdemeanors.” But here, with Clinton and the Democrats, the analysis has to remain strictly within the law.

The law on point here is the prohibition against foreign election interference. It is codified at 11 CFR 110.20. Section (b) states:

Further down, the statue reads:

Here, the Clinton campaign knowingly hired an outside firm in order to pick up the slack on the Steele Dossier after the Republicans who originally commissioned it made one final genuflection to Donald Trump and waved the white flag on digging up his dirt.

Yes, Christopher Steele is a foreigner. Yes, the contents of the dossier he produced were explicitly put together in order to influence a political campaign during an election. Yes, the Clinton campaign and the DNC explicitly sought that information–and paid for it–in order to tear down their opponent’s campaign during that same election. But none of this actually matters. And none of it matters for basically the same reasons why it didn’t matter when Trump the Younger met with Natalia Veselnitskaya.

Essentially, Steele’s dossier was not a contribution or donation made in connection with the 2016 presidential election. Again, Steele is a foreign national, but the work he did as part of an outside firm isn’t made illegal simply because of the accidental geography of his birth. That’s a patently ridiculous assertion and it’s not backed up by the law. If Steele had toddled off and put the dossier together on his time, smelling sheets in Moscow hotels on his own dime or whatever, and then brought it all packaged nicely to the Clinton campaign–and if the Clinton campaign had graciously accepted–we might be about to boil some Democrats.

But even then, the argument for foreign interference would be thin and unlikely to convince the people who mattered–that is, administrative judges with the Federal Election Commission (“FEC”.) Why? Because opposition information being considered a “thing of value” in line with the above-mentioned statue is likely a hard sell.

As LawNewz has noted before in regards to this statute in particular, vague statutory language is typically defined by the company it keeps and things of value are almost always deemed to be actual physical things. A discussion regarding the lack of liability Trump’s lawyer Michael Cohen is exposed to for his dealings with Russian individuals explained:

This would entail something tangible, like a donation, campaign ads, or phone banking software–possibly even simple physical labor like helping to solicit funds or even taking part in phone banking–something more than just a promise would probably be necessary here.

The Steele dossier, though probably bound at a London or D.C. Kinko’s, most likely would not qualify as a thing of value because it’s just good old-fashioned opposition research. However, there is one obscure 1990 advisory opinion from the Federal Election Commission which found that outside polling data provided to a campaign qualifies as an in-kind contribution. If anything ever comes of the Dossier claims against Clinton or the prior claims against Trump Jr. then this decision would likely be cited as precedent.

In any event, here Steele didn’t make the offer in the first place. He was approached by Republicans and then Democrats to do a thorough hit job on then-candidate Trump. His work mostly relied on rumor and innuendo–and its political import was mostly fueled by salacious accusations that Donald Trump likes to watch women pee on Barack Obama‘s old bed. For whatever that gained the Democrats in their fevered imaginations, the dossier was ultimately ineffective and perhaps an error of grave political miscalculation.

But the act of paying for it was not illegal. And as poetically just as it might be to see the Russian angle come full circle on sour grapes Democrats unwilling to account for their own failures, alas, Russian collusion here just isn’t in the cards.

Failing to disclose the payments made for that dossier, though? That’s another question entirely.