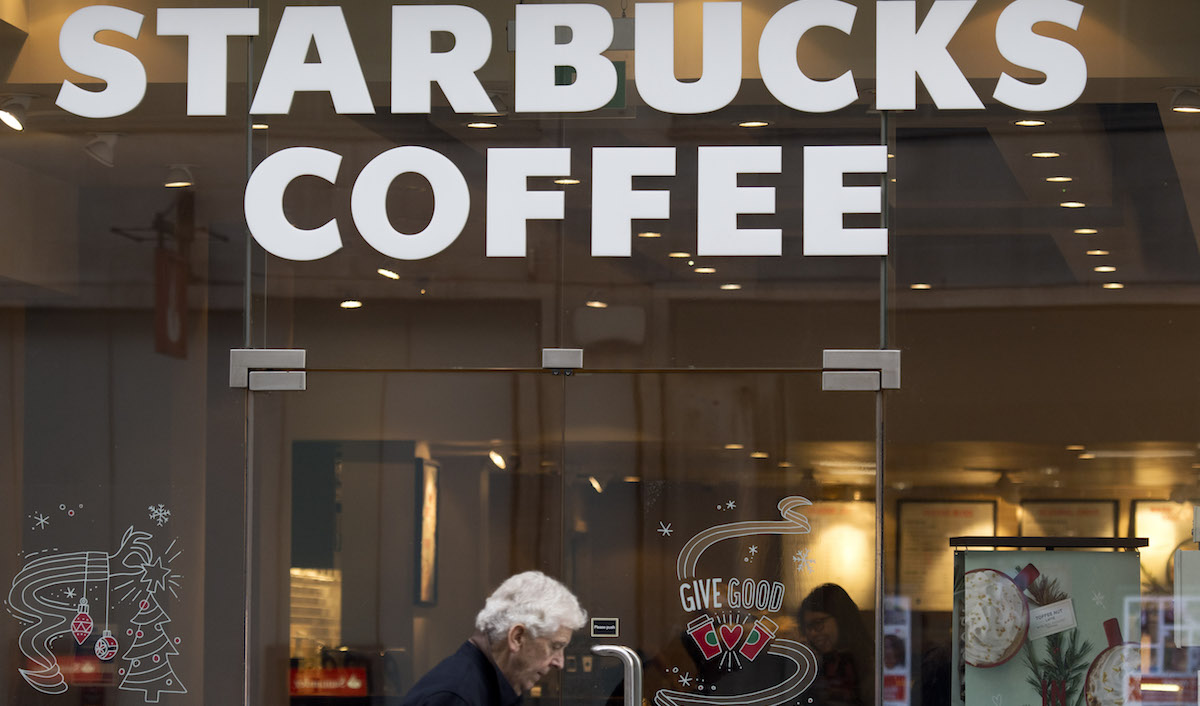 It looked like it might happen, but now it’s official: a California Superior Court judge ruled Thursday afternoon that Starbucks and other coffee sellers in the state must put cancer warnings on their products, as demanded in a lawsuit dating back to 2010.

While plaintiff offered evidence that consumption of coffee increases the risk of harm to the fetus, to infants, to children and to adults, defendants’ medical and epidemiology experts testified that they had no opinion on causation. Defendants failed to satisfy their burden of proving by a preponderance of evidence that consumption of coffee confers a benefit to human health.

CERT argued, as documents show, that while the coffee beans themselves were not harmful, the byproduct of roasting the beans is a “chemical known to cause cancer in the State of California,” namely acrylamide.

This is the warning that CERT demanded coffee vendors put on products in California: 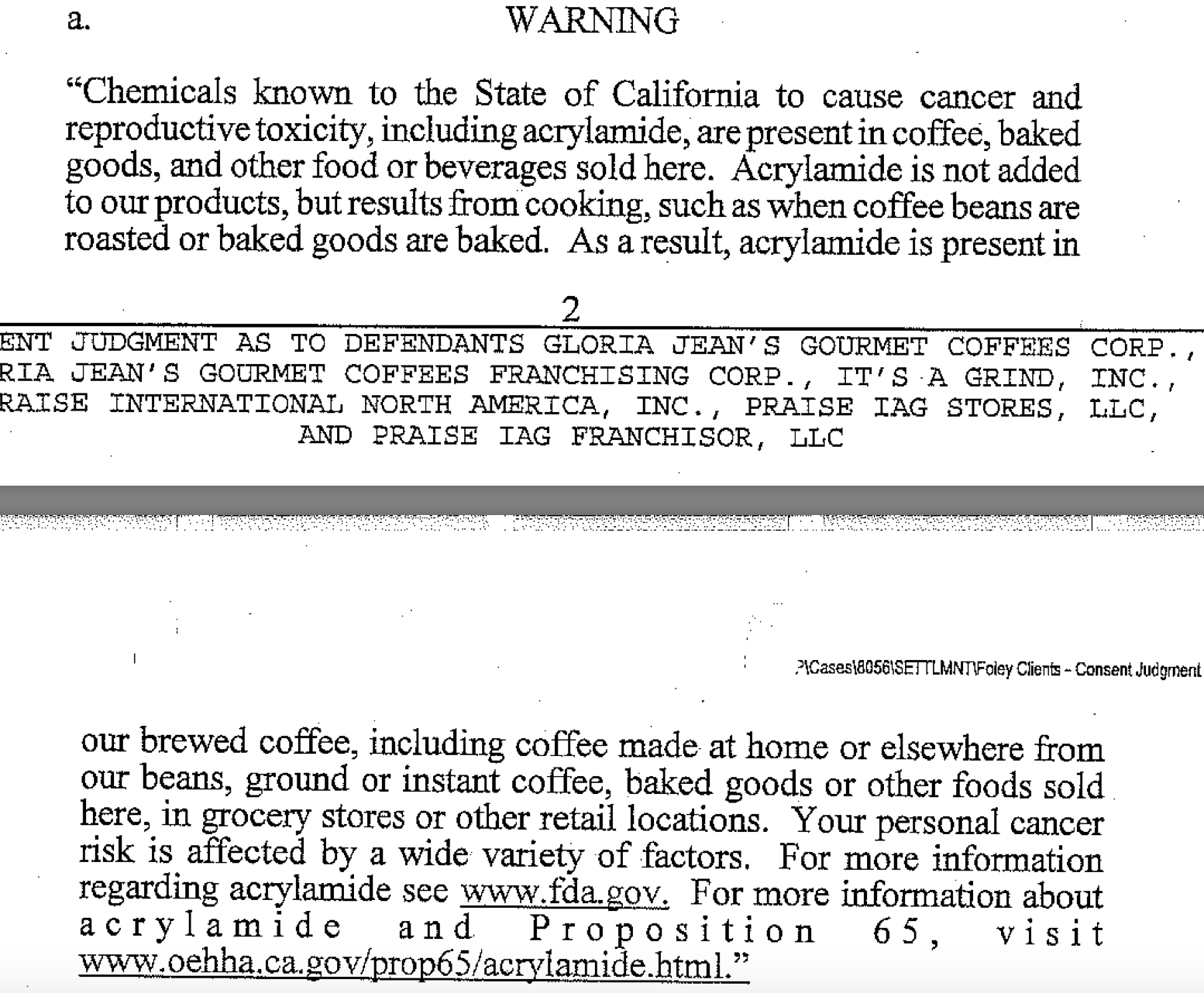 CERT said that the defendants violated state law (California Safe Drinking Water and Toxic Enforcement Act of 1986 or Proposition 65) not warning consumers they were being exposed to acrylamide.

According to the Associated Press, because of this law, it was on the coffee industry to show that there was no significant risk to drinking coffee. It was ruled that they failed to do so.

Now the judge has ruled in the latest trial phase that the defense has failed to show coffee consumption is a health benefit, hence the warning requirement.

The next trial step will determine what penalties might be paid.