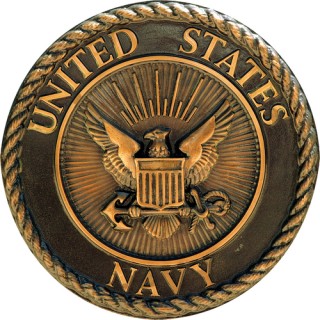 In a move that the Japanese will likely be view as “too little, too late,” the United States Navy announced Monday a temporary a ban on all alcohol consumption and all non-essential travel for Navy sailors stationed in Japan. It seems that our sailors haven’t exactly been doing us proud while overseas.

Since March, there has been a string of alleged drunken crimes attributed to members of the U.S. Navy and Naval contractors, including drunk driving, assault, rape, and even murder.

Okinawa Gov. Takeshi Onaga is out of patience: “there needs to be a fundamental resolution,” he told reporters. And Onaga wasn’t the first one to bring up the problem. Japanese Foreign Minister Fumio Kishida also complained to U.S. Ambassador to Japan Caroline Kennedy, and demanded that we get a hold of the situation.

The Navy has had a love-hate relationship with alcohol since basically always. During the 18th and 19th centuries, sailors were actually rationed a daily half-pint of whiskey or rum, and were permitted to keep their own booze aboard until 1914. Then, on July 1, 1914, Secretary of the Navy Josephus Daniels issued the infamous General Order No. 99, declaring all naval vessels dry.

Despite the media’s ridicule that the Navy had become a bunch of teetotaling softies, the ban lasted until 1980, when then Secretary of the Navy Edward Hidalgo changed the rules to allow beer on extended sea voyages. Until now, though, there has been no specific prohibition on alcohol consumption on Naval bases.

Right now, there are four major U.S. Naval bases in Japan. More than 27,000 U.S. troops stationed in Japan are in Okinawa, which is also the site of hotly-contested plans to relocate U.S. Marine Corps Air Station Futenma. Many Okinawan citizens have opposed U.S. military presence for years, and the string of violent crimes allegedly committed by U.S. servicemen certainly isn’t sweetening the deal.

The ban on booze isn’t likely to last long-term, as it is only set to be implemented until sailors can undergo some relevant training. In a statement that sounds a lot like an exasperated parent reprimanding habitually naughty children, the Navy said, “the order will remain until training is carried out and the military feels comfortable everyone understands ‘responsible behavior.’” In other words, they’re going to turn this boat right around until everyone gets their acts together.

Viewed in the context that the U.S. military has never issued a total ban on alcohol, Monday’s order  does seem like a serious response to the disturbing alleged crimes committed in Japan. But while keeping everyone sober may seem like a huge deal to Americans, I somehow doubt the Japanese will be satisfied with short-lived abstention. The ban on travel off base is certainly a much more significant restriction. But let’s face it: American troops can’t be confined to their bases in perpetuity.

Many, of course, will point out that all U.S. military personnel are not drunken criminals – and that it’s unreasonable to hold the many hostage for the misdeeds of a very few. But the proportion isn’t really the point here.

If foreign servicemen—even just a few of them– came to our country, set up raucous camps and allegedly committed crimes, Americans would go ballistic. The public outcry to oust the visitors would dominate everything from headlines to politics to water-cooler talks. We cannot possibly expect the Japanese people (who, incidentally, have a much lower rate of violent crime than do Americans) to tolerate such behavior from our people. We sure as hell can’t expect them to welcome another military base with open arms. The alcohol ban and related training are a good start, but I think we’re going to need something more than responsibility-training and compliance videos to do our part.