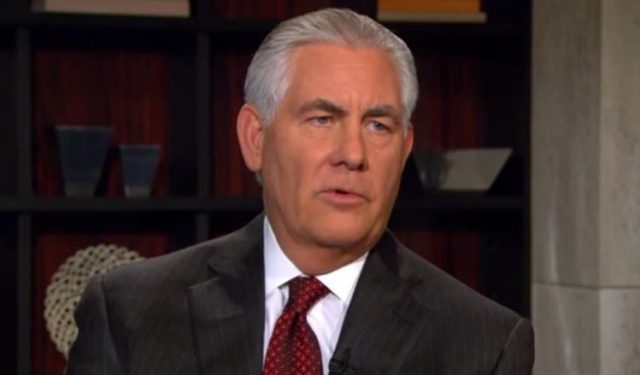 Secretary of State Rex Tillerson is planning on closing the State Department’s Office of Global Criminal Justice dedicated to advising the Secretary of State on war crimes and genocide, according to a number of former U.S. officials who spoke to ForeignPolicy.com.

Established by then-Secretary of State Madeline Albright in 1997, the Office was designed to place a greater emphasis on the importance of pursuing justice for crimes committed internationally in the wake of atrocities such as the Bosnian and Rwandan genocides.  The Office investigates war crimes and collaborates with international governments and organizations to bring alleged war criminals to court.

Richard Dicker, director of Human Rights Watch’s international justice program, lamented the office’s closure. “There’s no mistaking it — this move will be a huge loss for accountability,” he told Foreign Policy.

State Department officials declined to confirm or deny the reports.  “The State Department is currently undergoing an employee-led redesign initiative, and there are no predetermined outcomes,” a spokesperson for the Department said. “We are not going to get ahead of any outcomes.”  A State Department Official also said that officials often consider closing certain offices “just to see what comes back.”