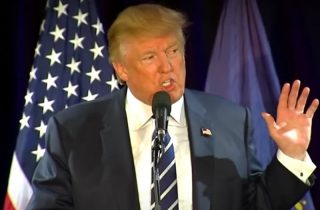 The New York Post ran an article yesterday that gave a last shred of hope to the many Americans still reeling over Hillary Clinton’s loss. In the article, the Post did what it does best – stirred up emotions without regard for the fallout. In the immediate post-election days, suggestions that there may be some way, some overlooked loophole, for Hillary Clinton to win is as dangerous as it was when Trump said he might not accept the results of the election.

Sure, it’s theoretically possible for “faithless electors” to show up on December 19 and throw the world into havoc by refusing to cast the vote they promised to cast. I suppose for those who would keep Donald Trump from the White House at any cost, it might be tempting to hope for such a result. But, as I’ve written before, the result of a member of the electoral college refusing to cast his or her vote in the way expected is not entirely predictable. Rules governing the selection, voting, and replacement of electors vary by state; there’s no certainty that there’d be uniformity among the outcomes of faithless electing across several states. Even if a whole group of faithless electors created legal vacancies in the electoral college, such a vacancy would, in no way, ensure that replacement electors would vote for Clinton.

The Post stated: “However, there is nothing stopping any of the electors from refusing to support the candidate to whom they were bound or by abstaining from voting.”  Actually, though, there is something stopping them. It’s a little thing called “state law.”  For example, the applicable statute in Washington State (the state in which at least one elector has already publicly promised to become “faithless”) reads:

“Any elector who votes for a person or persons not nominated by the party of which he or she is an elector is subject to a civil penalty of up to one thousand dollars.”

Granted, there are probably plenty of electors for whom a thousand-dollar penalty would be a small price to pay to keep President Elect Trump from the inaugural stage — but lawlessness isn’t and shouldn’t ever be characterized as “nothing.” From where I sit, rooting for members of the electoral college to shirk their legal responsibilities in frivolous hopes that it’ll somehow effectuate a different election result is irresponsible, dangerous, and un-American. Don’t get me wrong. The electoral college stinks. It may have been a good idea back when ballots were delivered by horseback, but nowadays, it’s a ridiculous and unnecessary artificial buffer between people and their choices. And as LawNewz’ founder, Dan Abrams, pointed out yesterday, it creates the untenable result of valuing votes from certain states more than those from other states.

If we’re going to hope for the demise of the electoral system, let’s do it right. Proceeding by encouraging electors to break the law is as stupidly Machiavellian as it has been for Congress to refuse to vote on the confirmation of Merrick Garland. Ditching the electoral college would require a Constitutional Amendment (no small feat, for sure), but it’s high time that we dust that document off and get comfortable with the idea that it was meant to evolve over time. Even the most conservative of the founding fathers actively and purposely created a framework for the kind of change necessary to the health of a functioning democracy. Abolishing the electoral college is the perfect place to start, especially on President Trump’s watch. Trump’s ascent to the Oval Office is predicated on his having heard the voiceless, and empowered the disenfranchised. Handing democracy back to the American people would be the ultimate non-partisan way for Trump (who, as a reminder, lost the popular vote) to make good on his promises and then some. Eliminating the electoral college would be a way of making America great in a way that it never has been.