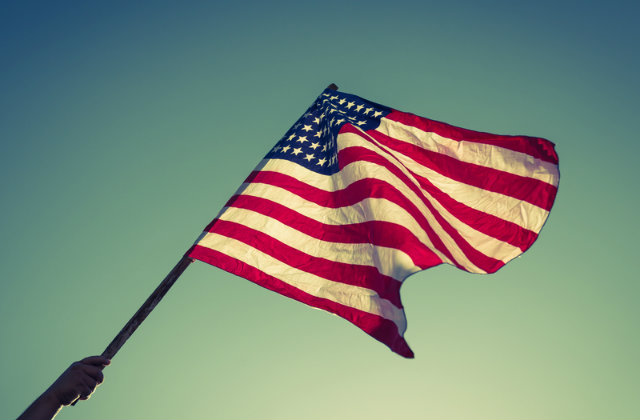 Some students in Manatee County are trying to put a stop to a school district code of conduct that requires them to stand for the national anthem. That’s why they’re scheduled to protest in front of school district headquarters at 5 p.m. on Tuesday in the city of Bradenton. The event is called “Defend the Right to Knee, Manatee!”

The Manatee County School District student code of conduct says that “When the national anthem is played or the pledge is recited, students and all civilians shall stand at attention, men removing the headdress, except when such headdress is worn for religious reasons.”

This Florida law has never faced scrutiny by the Supreme Court. In 2016, Law Newz interviewed George Washington University Law Professor Catherine Ross, an First Amendment expert on student rights, about this statute. She said lower courts upheld it after treating this matter as an issue of parental authority granted by state lawmakers. In other words, the requirement to stand for the pledge operates under the assumption that parents would make their children stand. She added, however, that students who lack such written exemptions are still protected by the First Amendment.

Mercury Clarke, a 14-year-old freshman at Bayshore High School, is co-organizing Tuesday’s protest with senior Leah Tiberini, and will formally ask the school district to rescind that part of the code of conduct at the next scheduled meeting next Tuesday.

“You shouldn’t have to ask somebody ‘Hey can I sit down?’” Clarke told The Herald Tribune in their Monday report of the protest. “I don’t understand why you would really need to ask permission in the first place.”

But this is more than just about standing during the anthem and pledge. As the name “Defend the Right to Knee” suggests, it’s about protesting, too. Tuesday’s event happens amid a fraught national conversation about kneeling during the national anthem, and otherwise abstaining from patriotic events. In any case, the ACLU of Florida is backing the Manatee students. Executive Director Howard Simon told the Tribune that the 1969 Supreme Court decision in Tinker v. Des Moines Independent Community School District says that schools can’t stop students from peacefully protesting.

“The Supreme Court said in Tinker that the Constitution does not stop at the schoolhouse door,” he said. “It applies to teachers as well as students, limited only by the fact that the school has to ensure that it does not disrupt the educational process.”

He argued that the option to get written provision from parents wasn’t good enough to address free speech concerns.

“First Amendment rights in the Tinker case was not conditioned on whether or not they had their parents’ permission,” he said.

Communications Director Mike Barber told Law Newz in a phone interview that this is a “contrived issue.”

Teitelbaum said there was no incidents in class either. He also pointed out the 11th Circuit Court of Appeal’s 2008 ruling in Frazier v. Winn, which upheld that Florida law. The student in that case objected to the law’s provision requiring parental permission to abstain from the pledge, but judges said the decision is up to parents.

“The State, in restricting the student’s freedom of speech, advances the protection of the constitutional rights of parents: an interest which the State may lawfully protect,” the court wrote.

As for Teitelbaum, he argues there is no need to change the code of conduct since there is an opt-out clause in the rules.