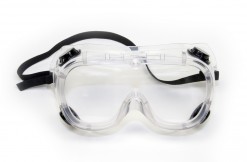 The proposal also suggest that producers should be required to pay for adult performers’ healthcare costs. Regulations like this is why it is supported by the AIDS Healthcare Foundation.

“The industry had been complaining that the reason they were violating the regulations was because they didn’t apply to them,” said Adam Cohen, a public health consultant for the nonprofit. “This will put on the book, officially, that the state of California sees adult film employees as deserving of worker health and safety protections.”

Leue and Cohen, of course, disagree on whether the regulations will also hurt the business if passed. Leue believes it will limit “the expression of sexual freedom” and turn off viewers while Cohen says studios with film with condoms do well financially.

UPDATE 2/19/16 11:50: The proposal was voted down at Thursday’s hearing, after a 3-2 vote in favor of the new regulations fell short of the four votes needed for approval.
–