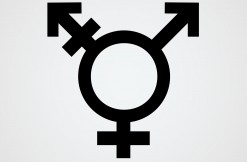 A mother fights for her child, but this battle might be the first of its kind. Brittany Tovar, from Minnesota, is suing her employer and health insurance provider for denying coverage of her kid’s gender reassignment therapy. The family wanted coverage for the child’s transition from female to male. Medicine, surgery, and the like.

This resulted in a heavy financial burden, the lawsuit alleges. When HealthPartners, and her employer, Essentia, denied coverage for a hormonal therapy drug, Lupron, Tovar paid the cost out of pocket. Surgery coverage was also reportedly denied by HealthPartners.

You can read the suit here.

“This isn’t a lawsuit about a particular surgery,” said Jill Gaulding, an attorney representing Bovar. “It’s a lawsuit about the fact that they have in their employee benefits a flat exclusion to any type of care related to gender reassignment.”

The lawsuit, which was filed in federal court, cites several laws, including the famous 1964 Civil Rights Act, and the Affordable Care Act. It states these “prohibit sex discrimination, including discrimination based on sex stereotypes, gender expression, or gender identity.” Tovar demands a reversal of the denial, financial damages, and court costs.

This case sits on a cultural fissure, to say the least. Some Americans simply do not handle transgender people well. Consider arguments over bathroom use, marriage licenses, and military service. Oh, and the White House hired its first transgender staffer. With Tovar’s suit resting on civil rights protections, it’ll be interesting to see how case law and litigation evolve around transgender rights.