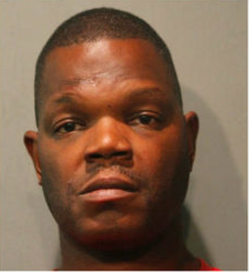 Prosecutors say a twenty-five year-old woman was kidnapped, bound, and raped by her Lyft driver, identified as forty-eight year-old Angelo McCoy in the River North area of Chicago earlier this month.

The woman was enjoying a night out with friends on July 7 when she decided to call a Lyft home close to 11 p.m. after having too much to drink, Assistant State Attorney Melissa Howlett said at McCoy’s bond hearing this Friday.  The woman fell asleep soon after getting into McCoy’s car.

McCoy entered a pick up time of 11:06pm into the Lyft system, according to investigators, and reported a drop-off time of 11:11 pm.  The woman, however, was allegedly held against her will until 1 am.

After waking up and realizing that the Lyft was not driving her home, the woman asked to be let out of the car but was denied her request, according to court documents.  After driving into an alley, McCoy moved to the backseat and grabbed the woman’s throat before tying her wrists behind with zip ties.  The woman saw three people in the distance and screamed for help but did not receive a response, Howlett said.

Investigators say McCoy raped the woman and stole her cell phone, driver’s license, and demanded money, although the woman insisted she had none to give.  She was able to jump out of the car at approximately 1 am and into a car directly behind them after being held against her will for about two hours.  The driver of the other car drove the woman to a police station, and was transferred to a hospital for an examination of her injuries.

“These allegations are sickening and horrifying,” Lyft Spokesman Scott Coriell said in a statement. “As soon as we were made aware of the incident, we deactivated the driver’s account and did everything we could to assist law enforcement. Our concern is with the victim and her well-being. We stand ready to assist law enforcement in their investigation.”

McCoy is charged with aggravated criminal sexual assault, aggravated kidnapping, armed robbery and unlawful restraint, and is due to appear in court again August 9.  He is being held on $900,000 bail.