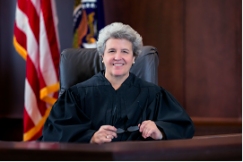 MONTGOMERY, Ala. (AP) — A federal judge has struck down an Alabama law that put minors seeking court permission for an abortion through a trial-like proceeding where the fetus could be represented by a court-appointed lawyer.

U.S. Magistrate Judge Susan Russ Walker sided with the American Civil Liberties Union on Friday, saying the law imposes undue burdens on girls, violating their rights to a confidential proceeding by allowing the district attorney, witnesses and others to get involved in opposing her decision.

The judge cited a prosecutor’s appeal of a judge’s decision this summer to allow a 12-year girl to have an abortion after being impregnated by a relative. The Alabama Court of Civil Appeals ruled in favor of the girl.

Walker wrote she knew of no other state with such a law.