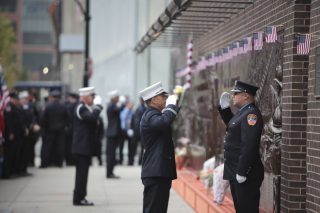 The US Senate voted to override President Barack Obama’s veto of the Justice Against Sponsors of Terrorism Act (JASTA). If the U.S. House of Representatives also overrides the veto, JASTA will become law. JASTA is a rare example of true bipartisanship, sailing unanimously through both the House and the Senate without so much as a debate. Sponsors of the bill hail it as an important victory for the many American families who seek justice for the loss of their loved ones at the hands of terrorists.

“It’s important for us to send a message that that evil shall not prevail. Americans from all backgrounds came together in a beautiful display of patriotism and fraternity following that terrible day of September 11th, 2001,” Senator John Cornyn, JASTA’s sponsor, said yesterday in a press conference:

With such strong words and big promises, Senator Cornyn has positioned JASTA as a significant legislative accomplishment– which warrants analysis beyond its appealing title.  JASTA’s first half isn’t much more than a preamble about the seriousness of terrorism, and a corresponding call to accountability for nations that support terrorist activities:

“(7) The United States has a vital interest in providing persons and entities injured as a result of terrorist attacks committed within the United States with full access to the court system in order to pursue civil claims against persons, entities, or countries that have knowingly or recklessly provided material support or resources, directly or indirectly, to the persons or organizations responsible for their injuries.”

So what does this all mean? JASTA would create what is called “subject-matter jurisdiction” in United States federal courts for civil lawsuits against any sovereign nations that “knowingly or recklessly contribute material support or resources, directly or indirectly, to persons or organizations that pose a significant risk of committing acts of terrorism…” Bottom line, victims of terrorism could potentially hold countries responsible. Under current law, most civil lawsuits naming foreign nations as defendants are thrown out of federal court before a single piece of evidence is introduced or a single witness called. Nations themselves have “sovereign immunity,” which is an absolute shield against most claims against them. Because lawsuits naming actual countries as defendants are jurisdictionally deficient, they simply cannot proceed in our federal courts.

Sovereign immunity is a foundational legal concept in American law that predates America itself. It’s the American cousin of British “Crown Immunity,” which protects monarchs from lawsuits absent specific statutory consent.   Under modern American law, there are a few exceptions to the federal government’s immunity – but they’re all designated by statute, and are always construed narrowly.   For example, under 28 U.S.C. § 2674 if a federal employee committed certain torts, “ [t]he United States [is] liable . . . in the same manner and to the same extent as a private individual under like circumstances,” – but even in that case, the litigation would differ in some important ways from a typical lawsuit against a private defendant.

Normally, United States federal courts are not permitted to hear any lawsuits against foreign nations; the FSIA, however, carves out a few exceptions, such as when a foreign state has waived immunity, or when a foreign state engages in a commercial activity. The FSIA has no direct bearing on the content of any lawsuit, but rather, simply articulates a few narrow instances in which lawsuits against foreign countries may proceed in federal court. That’s where JASTA comes in. It essentially amends the FSIA to include one more kind of lawsuit – tort claims related to terrorism.

In a way, JASTA takes a relatively ho-hum legal concept (subject-matter jurisdiction) and mashes it up with the sexiest of all legal topics (international terrorism). To the casual observer, it may seem as though JASTA is a legislative champion creating compensation for families who have suffered; in reality, such a characterization is overdramatic. More accurately, JASTA removes an impediment to a lawsuit’s progression. Whether litigation against an otherwise sovereign nation would face other obstacles, would even be acknowledged by sovereign nations themselves, or would yield a judgment in favor of American plaintiffs, is another matter entirely. Without doubt, JASTA eliminates a major roadblock – but it does nothing to ensure the outcome of any plaintiff’s journey.

The many critics of JASTA point to the geopolitical disaster likely to result from an American decision to strip foreign countries of their sovereignty. While such criticism may be hyperbolic, it’s entirely accurate to note that several American allies have already gone on record voicing their disapproval of JASTA. The Dutch parliament wrote  to House lawmakers warning that it considers JASTA to be a “gross and unwarranted breach of Dutch sovereignty” that could result in “astronomical damages.” Likewise, French Parliamentarian Pierre Lellouche cautioned that JASTA would “cause a legal revolution in international law with major political consequences,” and that as one example of those consequences, he would pursue legislation that would permit French citizens to sue the United States.

And those are the remarks from countries unlikely to be sued under JASTA. The government of Saudi Arabia – the first expected JASTA defendant, has warned that it might liquidate hundreds of billions of dollars worth of American assets if the bill becomes law. Might others follow?

JASTA does include something of a safety valve in that it permits the Attorney General to intervene or a court to stay proceedings if the Secretary of State certifies that the United States is in good faith discussions with the foreign defendant involved. Such a provision clearly has the potential to halt a specific lawsuit, but may not fully address the broader geopolitical concerns with having passed JASTA in the first place.

Experts in international law have also been vocal about the disconnect between JASTA’s public appeal and its likely consequences. Jack Goldsmith, Harvard Law professor and former advisor to General Counsel of the Department of Defense, has described JASTA as a “politically cost-free way for Congress to send a signal of seeming seriousness about terrorism on the dawn of the 15th anniversary of 9/11.” Goldsmith went on to explain another problem created by JASTA—that it assigns a task to our federal courts for which they are ill-suited:

“The costs of the law will be borne by courts, which are an awkward place to ascertain Saudi responsibility for 9/11, and especially the president, who will have to deal with the diplomatic fallout with Saudi Arabia and other nations.”

Senator Cornyn’s position seems to be that JASTA’s popularity justifies its risk:
“The American people, through their elected representatives, have been clear in their support for this legislation.”

While many Americans may think JASTA is a great idea, it’s unlikely that more than a tiny minority of them have given any thought to the global ramifications of eliminating foreign sovereign immunity. The fact is even most lawyers aren’t experts in federal subject-matter jurisdiction. Eradicating a longstanding rule of both statutory and common-law origin is significant and will have consequences.

Whether those are a price worth paying remains to be seen.

This article has been updated, and was first published September 21, 2016.