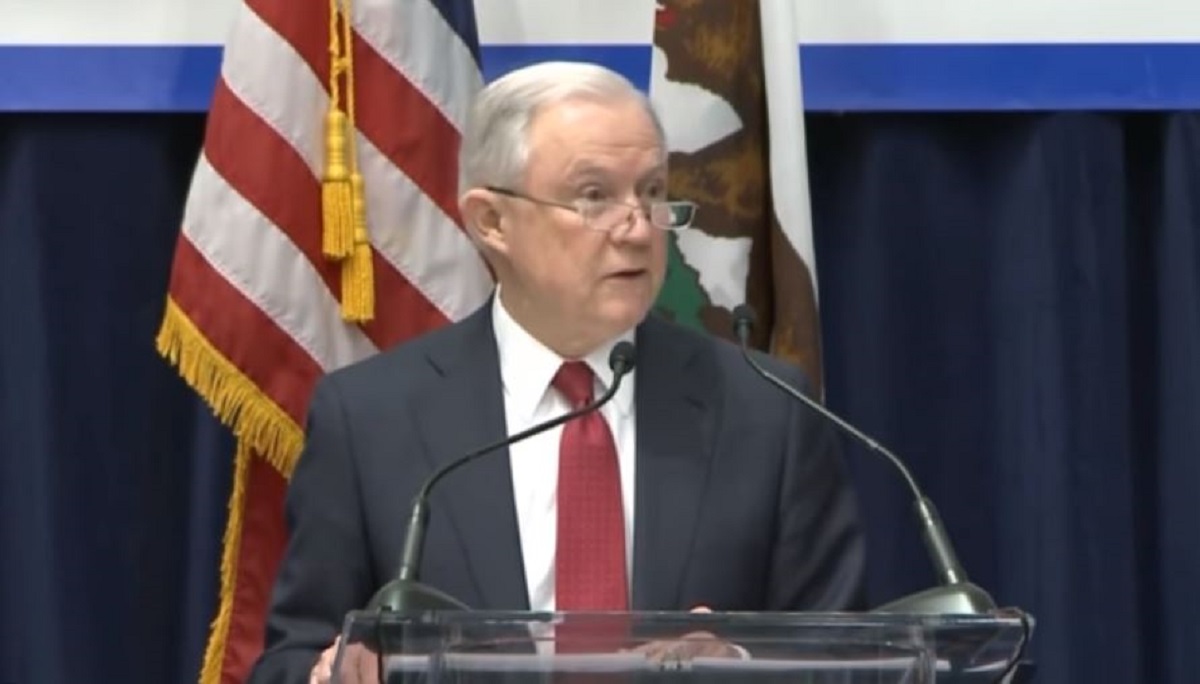 James Schwab, the San Francisco spokesperson for U.S. Immigration and Customs Enforcement (ICE), resigned on Monday, blaming what he called repeated false statements coming from officials in the Trump administration. ICE Acting Director Thomas Honam and Attorney General Jeff Sessions had recently said that more than 800 people were able to evade federal officials because Oakland Mayor Libby Schaaf tweeted a warning that ICE was about to conduct an operation.

Schwab says that’s just not true, and he was upset that the administration wouldn’t make a correction.

“I quit because I didn’t want to perpetuate misleading facts,” Schwab told the San Francisco Chronicle. “I asked them to change the information. I told them that the information was wrong, they asked me to deflect, and I didn’t agree with that. Then I took some time and I quit.”

Schwab said that blaming Schaaf for more than 800 criminals getting away was inaccurate, “because we were not ever going to be able to capture 100 percent of the target list.” He added that he didn’t think it was necessary or proper to inflate the number in the response to Schaaf’s action.

“I didn’t feel like fabricating the truth to defend ourselves against (Schaaf’s) actions was the way to go about it,” Schwab said. “We were never going to pick up that many people. To say that 100 percent are dangerous criminals on the street, or that those people weren’t picked up because of the misguided actions of the mayor, is just wrong.”

ICE spokesperson Liz Johnson said in a statement to Law&Crime:

Even one criminal alien on the street can put public safety at risk and as Director Homan stated, while we can’t put a number on how many targets avoided arrest due to the mayor’s warning, it clearly had an impact. While we disagree with Mr. Schwab on this issue, we appreciate his service and wish him well.

Mayor Schaaf had tweeted a warning of an expected ICE operation, and provided information so that people could be prepared for it. She later defended this, saying, “I do not regret sharing this information. It is Oakland’s legal right to be a sanctuary city and we have not broken any laws.” Shaaf also praised Schwab for taking a stand.

“I commend Mr. Schwab for speaking the truth while under intense pressure to lie,” Schaaf said. “Our democracy depends on public servants who act with integrity and hold transparency in the highest regard.”

Note: This article has been updated with a statement from an ICE spokesperson.