Yes, ‘Illegal Immigrants’ Do Have Constitutional Rights Even Under Trump’s New Immigration Plan 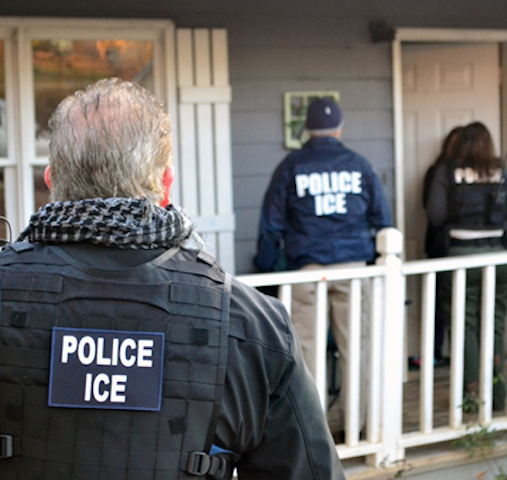 Let’s fact check some myths that have been going around ever since President Donald Trump ramped up the rhetoric about “illegal immigrants” and signed an executive order essentially deploying a massive force to go after them. Just this week, Trump announced a sweeping policy that targets millions of undocumented immigrants nationwide including people simply arrested for traffic violations. The plan prioritizes any immigrant for deportation who is even suspected of a crime. Given this wide ranging initiative, many have wondered, do these immigrants have any rights under the Constitution to fight back?  Do they have a leg to stand on? Some have even asserted that since undocumented immigrants are lawbreakers just by being in this country, they have no legal rights whatsoever.  However, that is not true.  Case law and Supreme Court precedents developed over years of litigation have afforded so-called illegal immigrants some limited protections.

The Fifth Amendment guarantees that “[n]o person … shall be deprived of life, liberty, or property” without due process of law.  Further, the Sixth Amendment says in criminal prosecutions, the accused shall enjoy the right to a speedy trial, an impartial jury, and the right to counsel.   For U.S. citizens or undocumented immigrants that means, if you are accused of a crime and you can’t afford an attorney, the State will appoint one for you and pay for it. BUT, that only applies to criminal proceedings in state or federal court, for example, if you are charged with assault, murder, or robbery.

However, for undocumented immigrants who face deportation, the law is different. For one, deportation hearings are viewed as administrative/civil processes as opposed to criminal proceedings.  According to a report from the Congressional Research Service, the Fifth Amendment to the U.S. Constitution has generally been construed to mean that aliens have the right to counsel at their own expense. However, generally, the government is not required to provide an attorney to an undocumented immigrant facing deportation. Further, Section 292 of the Immigration and Naturalization Act requires “In any removal proceedings before an immigration judge and in any appeal proceedings before the Attorney General from any such removal proceedings, the person concerned shall have the privilege of being represented (at no expense to the Government) by such counsel … as he shall choose.” Bottom line: immigrants have the right to an attorney if they can afford to pay for one themselves.

The CRS report notes some caveats to this general rule:

Individual aliens could, however, potentially be found to have a right to counsel at the government’s expense on other grounds, depending upon the facts and circumstances of the case. Several federal courts of appeals have suggested that the Fifth Amendment’s guarantee of due process could require the appointment of counsel on a case-by-case basis for individual aliens who are incapable of representing themselves due to “age, ignorance, or mental capacity,” although it is unclear whether any alien has been provided with appointed counsel on this basis to date.

Undocumented immigrants can NOT be detained indefinitely.

In Zadvydas v. Davis, 533 U.S. 678 (2001), the U.S. Supreme Court ruled that the United States CANNOT detain immigrants under deportation orders indefinitely. In other words, let’s say an undocumented immigrant is being deported back to a county that refuses to take him back, he can’t just linger in federal custody for years and years without any justification. In addition, the court found that “substantive due process” applied to undocumented immigrants unless the government can show they are a danger to society or a flight risk.

Not surprisingly, Justice Antonin Scalia dissented to this opinion stating: “Due process does not invest any alien with a right to enter the United States, nor confer on those admitted the right to remain against the national will.” But as it stands, undocumented immigrants are afforded some basic due process rights.

The United States Supreme Court in Plyler vs. Doe (457 U.S. 202 (1982)) ruled that undocumented children have the right to attend public primary and secondary schools in the United States.  The Court ruled that a Texas law barring undocumented children from an education deprived these students of Equal Protection under the Fourteenth Amendment.  The court found that  the Texas law was “directed against children, and impose[d] its discriminatory burden on the basis of a legal characteristic over which children can have little control.” However, this right only applies to K to 12 schooling, and has not been interpreted to apply to laws that bar undocumented students from receiving in-state tuition for college.

The Emergency Medical Treatment Active Labor Act (EMTALA), passed in 1986, REQUIRES hospital Emergency Departments to provide service to patients regardless of citizenship, legal status or ability to pay.  However, in a recent piece in the Houston Journal of Health Law & Policy , the researcher notes that despite the requirements, so-called patient dumping is still prevalent:

Pursuant to EMTALA, patient dumping is illegal in the United States. American hospitals cannot inappropriately discharge or transfer unstable patients to other medical facilities in the United States without violating EMTALA. Yet, American hospitals are doing this very thing—international patient dumping, by inappropriately transferring or discharging (i.e. shipping) indigent undocumented immigrants in arguably unstable conditions to Third World medical facilities in the home country of the immigrant— absent federal government oversight or compliance with EMTALA.

Undocumented immigrants do NOT have right to most public subsidies

Besides emergency care and education, undocumented immigrants do not have a right to receive most public subsidies like Medicare, Medicaid, public housing, and Social Security. In fact, Obamacare has an explicit prohibition against providing federally-subsidized coverage to immigrants who are here illegally.

Undocumented immigrants do NOT have right to vote

Undocumented immigrants living in the United States do not have a right to vote, and all states make it a crime to vote illegally.  For example, earlier this year, a Texas woman was convicted after it was discovered she voted in five U.S. elections despite not being a citizen of the United States. Here’s an interesting little tidbit though: last year, the U..S Supreme Court ruled that undocumented immigrants CAN be counted up when states draw up legislative districts.