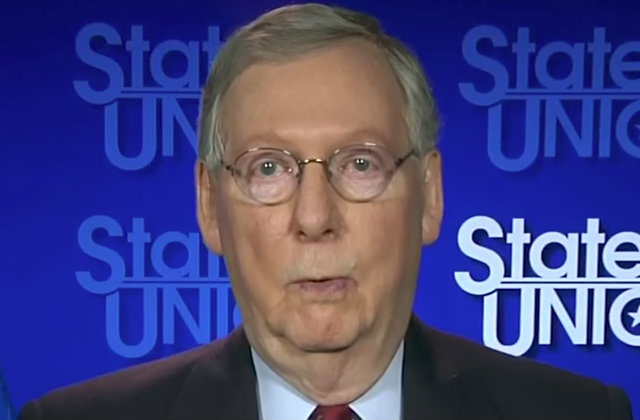 WASHINGTON (AP) — Republicans have put President Donald Trump‘s Supreme Court nominee on the bench, and they’re now in a position to fill dozens more federal judgeships — and reshape some of the nation’s highest courts.

Democrats have few ways to stop them.

The Republicans’ opportunity comes with the GOP in control of Congress and the White House, about 120 vacancies in federal district and appeals courts to be filled and after years of partisan fights over judicial nominations.

Frustrated by Republican obstruction in 2013, then-majority Democrats changed Senate rules so judicial nominations for those trial and appeals courts are filibuster-proof, meaning it takes only 51 votes, a simple majority in the 100-member Senate, for confirmation.

The Democratic rules change did not apply to Supreme Court nominations. But Senate Republicans are now in the majority, and they changed the rules in similar fashion this month to confirm federal Judge Neil Gorsuch to the high court over Democratic opposition. As a result, the GOP can almost guarantee confirmation of future Supreme Court justices, as well, if there are more openings with Trump in office and Republicans are in the majority.

“The Trump administration does have an opportunity to really put its mark on the future of the federal judiciary,” says Leonard Leo, the executive vice president of the conservative Federalist Society and an adviser to Trump on the Gorsuch nomination.

Reflecting a conservative judicial philosophy, Leo says the unusual number of vacancies that Trump is inheriting could reorient the courts of appeals, in particular, “in a way that better reflects the traditional judicial role, which is interpreting the law according to its text and placing a premium on the Constitution’s limits on government power.”

That philosophy was a priority for the late Justice Antonin Scalia, whom Gorsuch replaced, and Trump has said he wants the federal judiciary to reflect those values.

There are currently 20 vacancies in the federal appeals courts, which are one step below the Supreme Court, and roughly 100 more in district courts, where cases are originally tried. Former President Barack Obama had around half that number of vacancies when he took office in 2009. Of the current vacancies, 49 are considered judicial emergencies, a designation based on how many court filings are in the district and how long the seat has been open.

As the White House has focused on the Gorsuch nomination, Trump has so far only nominated one lower-court judge, Amul R. Thapar, a friend of Senate Majority Leader Mitch McConnell of Kentucky, for the 6th Circuit U.S. Court of Appeals.

“We’ve heard from them and we’re talking to them,” says Texas Sen. John Cornyn, a member of the Senate Judiciary Committee and the No. 2 Republican leader.

The number of vacancies is a monumental opportunity for conservatives looking to exert more influence on a judiciary that they see as too liberal and activist. But it also could work to Republicans’ disadvantage. Democrats can’t stop the process, but they can delay it, and they still can call for procedural votes that will delay other Senate business when Republicans are trying to confirm each individual judge.

If they do that, says Senate Judiciary Committee Chairman Charles Grassley, R-Iowa, “we’ll have more vacancies than we have now.”

Democrats haven’t signaled a strategy for lower court judges, but partisan tension over the judiciary is at a peak after McConnell blocked Obama’s nominee for Scalia’s seat, federal Judge Merrick Garland, then changed the Senate rules to avert a Democratic filibuster of Gorsuch this month. They’re also frustrated that Senate Republicans confirmed very few of Obama’s picks once the GOP regained control of the Senate in 2015.

Also unclear is whether the traditional practice will persist in which both senators from a state, regardless of party, consult with the White House on a nominee and then have to approve of the nominee for the Senate Judiciary Committee to move forward. Grassley said this month he is committed to honoring the practice, but said “there are always some exceptions.”

Of Democratic senators working with the White House, Grassley says “it ought to be pretty easy” in states that have at least one Republican senator. But there are multiple vacancies in states with two Democrats, including eight district court openings in New York and six in California.

In Texas, which has two Republican senators, there are two appeals court vacancies and 11 district court vacancies. Sens. John Cornyn and Ted Cruz are continuing their practice of creating and consulting with a bipartisan panel of leading state attorneys to help identify the most qualified candidates for those jobs.

Sen. Lindsay Graham, R-S.C., a committee member, says he thinks the future of the bipartisan process is “the real fight” going forward. He says he hope it doesn’t change.

“I think there’s a lot of desire to keep that power within the Senate,” he said.

[Screengrab of McConnell via CNN]