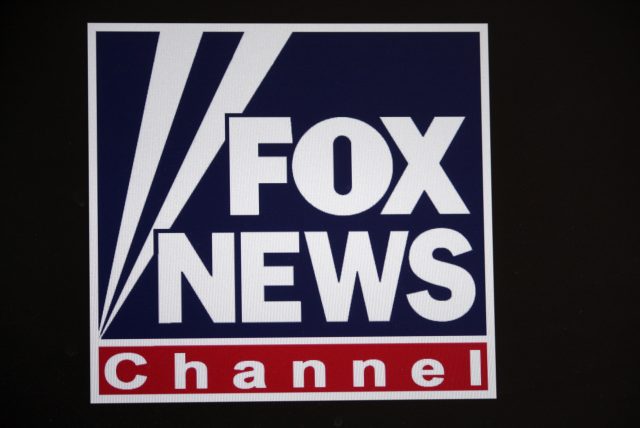 Rod Wheeler, the former cop, current private investigator and longtime Fox News contributor whose investigation into Seth Rich‘s murder caused a major media flare-up, has filed a lawsuit against Fox News, the journalist who wrote the since-retracted story and the Trump stalwart who bankrolled his investigation.

Wheeler’s lawsuit contains many scurrilous accusations against Fox News, reporter Malia Zimmerman and Trump-backer Ed Butowsky. Not least of which is the claim that Zimmerman and Butowsky conspired with the White House to pin the Wikileaks trail on the deceased Rich–effectively short-circuiting the Russian narrative which still hangs like a petulant crowd over the entirety of Trump’s presidency.

As shocking as the conspiracy claims are–and as telling as they might be if true–Wheeler’s lawsuit simply relies on their innuendo-laced narrative as supporting facts. Legally, it would be very hard for him to prove he was defamed by the events that transpired. While the lawsuit is certainly salacious, unfortunately for Wheeler, it may very well be a legal loser.

Wheeler alleges that to achieve the end goal of “advancing a political agenda,” Zimmerman (at Butowsky’s urging) fabricated two quotes. According to Wheeler, those two quotes were known to be fabrications. And, after they were printed by Fox News and denied by Wheeler, Butowsky made two statements via Twitter which cast aspersions on Wheeler’s truthfulness. Therefore, Wheeler is not suing Fox News, et, al. because of the alleged conspiracy, but rather because of the damage all the ensuing drama has caused to his personal reputation. At the core, the lawsuit is a defamation claim against Fox News, and the other named defendants.

In his lawsuit, Wheeler is relying on a theory of liability known as “defamation per se”. This essentially means that if the statements alleged to be defamatory meet a certain standard, they’ll be deemed defamatory even in the absence of damages. There are four categories of statements which qualify as defamation per se. Under New York State law, statements that tend to injure a party’s trade, occupation or business are usually enough to meet the standard. A recent case found that words and terms like “‘scam,’ ‘liar,’ ‘bullshitter,’ [and] ‘con artist'” would qualify as defamatory per se because those words and terms allege misconduct in regard to the plaintiff’s “trade, occupation or profession which would cause potential customers of the plaintiff to avoid using his services.”

That’s exactly what Wheeler is claiming happened to him. “Following the publication of Zimmerman’s article, and precisely because of the defamatory statements therein, Mr. Wheeler’s reputation as an objective, credible and intelligent investigator with integrity was completely destroyed,” the lawsuit reads.

Wheeler then provides documentation (in the form of multiple press clippings) which attest to the harm his reputation has suffered as a result of the entire Seth Rich conspiracy theory. It’s not particularly disputable that Rod Wheeler is probably not the go-to guy for private investigations following the media circus and accusations of back-tracking that occurred following the publication of Zimmerman’s story. But since he’s alleging defamation per se, he doesn’t really need to do this. The statements themselves simply have to be (1) false and (2) published with (3) fault at least amounting to negligence as well as (4) defamatory per se. So, do each of the statements meet the necessary standards?

Wheeler’s lawsuit alleges that six distinct comments rise to the level of defamation per se: (1) the first allegedly fabricated quote by the Fox journalist (2) the second allegedly fabricated quote; (3) the following statement from Zimmerman to Joel Rich, Seth Rich’s father: “As you know, much of our information came from a private investigator, Rod Wheeler, who we understand was working on behalf of you,”; (4) the following tweet from Butowsky (the wealthy Trump supporter who bankrolled Wheeler’s investigation): “Fox News story was pulled b/c Rod Wheeler said [he] didn’t say a quote . . . How much did DNC pay him?”; and (5) this tweet from Butowsky on the same day: “This shows Rod Wheeler has a major battle with the truth. Everyone needs to hear this. He says the precise words he swears he didn’t say???”

The two allegedly fabricated quotes could qualify as defamatory per se if Wheeler, a private investigator, didn’t say those things and their substance is ultimately factually deficient. But Fox News via President of News Jay Wallace, is standing by their reporter saying “we have no evidence that Rod Wheeler was misquoted by Zimmerman.” Wallace also says the claim that Fox News published the story to detract from the Russia scandal is “completely erroneous.”   Zimmerman herself has remained mum. And Butowsky has alleged that Wheeler is in the wrong here. There’s also the possibility that Zimmerman simply misquoted Wheeler or that Wheeler said something close to what was printed but doesn’t recall saying those words exactly. It’s a toss-up here, and probably exceedingly difficult to prove what exactly happened.

Zimmerman’s statement to Joel Rich appears to be factually inaccurate. The Fox News reporter very likely knew the conditions surrounding Wheeler’s hiring and the role Butowsky played in setting it all up. She was very likely aware of the exact contours of Wheeler’s employment, so her statement to Rich here could have been false. But this doesn’t rise to the level of defamation per se because its falsity in this regard has only a very tangential bearing on Wheeler’s professional qualifications. Wheeler also claims that this statement is defamatory because of the phrase “much of our information came from a private investigator,” but even though this more directly speaks to Wheeler’s professional qualifications, it’s not defamatory on its face.

As for Butowsky’s tweets, Butowsky raises the idea that Wheeler was paid by the Democratic National Committee to backtrack on his story. This is a clear attack on Wheeler’s trustworthiness and speaks directly to his professional qualifications. Butowsky’s second tweet digs in on much the same ground. So, seemingly, the per se element here would be met, but Wheeler may have some trouble satisfying some other elements of defamation: (1) falsity; and (2) fault at least amounting to negligence. For one, Butowsky may seriously believe the things he tweeted. New York courts have struggled to define unprotected assertions of fact from from pure opinions. In other words, Butowsky may contend that he really thought that Wheeler worked for the DNC, and even though it’s not true, that might be enough to help him.

Plus, an added bulwark against Wheeler’s claims generally is the fact that Fox News retracted the story once the questions about its truthfulness reached a fever pitch. In New York, retracting or correcting a published mistake tends to act as at least a mitigating defense in defamation cases.

The standards for proving defamation in the United States are very high and these lawsuits typically fail–especially in New York.

TL;DR–assessing simply the defamation claims (and ignoring the oddly-included claims of Civil Rights deprivation via racial bias), Wheeler doesn’t have anything close to a slam dunk here. At best he’s provided triable issues of material fact which could get his lawsuit past the summary judgment phase, but even then it would be very difficult to win. The likely endgame here: Wheeler and the defendants end up settling for far less than he wants.

This article was updated with more of the statement from Fox News President of News Jay Wallace.