What The Heck? Man Who Runs Firm Behind Trump-Russia Dossier to Plead the Fifth 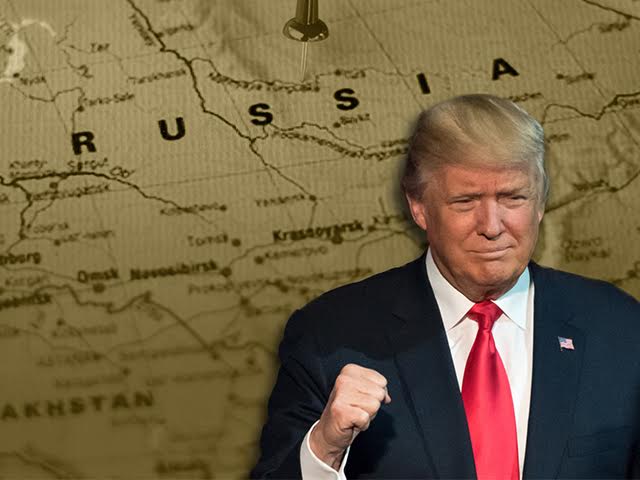 Here’s a story that has gone completely under the radar, and raises some serious questions that the mainstream media largely seems to have ignored. Glenn Simpson, the co-founder of Fusion GPS, whose firm commissioned the salacious and mostly unsubstantiated Russia Trump dossier, plans to plead the Fifth after being subpoenaed by U.S. Senate Committee on the Judiciary.

According to documents obtained by LawNewz, attorneys for Fusion GPS’ Simpson sent a letter to Chairman Chuck Grassley expressing concern over the direction that the hearing was taking. The letter stated that Simpson would not voluntarily show up at the hearing due to a pre-planned vacation, and if subpoenaed he would exercise his First and Fifth Amendment rights not to testify before the committee examining the influence of foreign lobbying in the 2016 election.

Since March, the Senate Judiciary Committee has been seeking documents and information from Fusion GPS about the former M16 intelligence officer Christopher Steele who authored the research, and the dossier, which contained unverified salacious details of Trump’s alleged escapades in Russia. The dossier was reportedly first commissioned by Republican opponents of Donald Trump, and then taken over by a Democratic client.

Every time committee investigators made requests, though, they were stonewalled by the Washington D.C. opposition research firm. The firm asserted that the information and documentation requested was protected by the “First Amendment privilege of Fusion GPS and its clients”, as well as confidentiality agreements and attorney client privilege. On Friday, Sen. Grassley slapped Simpson with a subpoena to appear before the committee.

“Given the limitless scope of the hearing, as well as the privileges that Fusion GPS has already asserted, Mr. Simpson cannot risk a waiver of those privileges at the hearing. In the event of a subpoena, Mr. Simpson will assert applicable privileges, including but not limited to those under the First and Fifth Amendments,” attorneys for Simpson wrote in a letter to the committee.

The Fifth amendment privilege, of course, allows witnesses to decline to answer questions that have the potential to incriminate them. So, the question remains, what exactly could Simpson, a former Wall Street Journal investigative reporter, say that he fears will put him in legally precarious territory?

“It could mean various things, but the invocation on its own does not mean Simpson broke any laws. It could just as easily be a tactical move by his lawyers to try and secure a deal before he testifies,” Bradly Moss, a national security expert and attorney told LawNewz.com.

Questions about this to the communications firm representing Fusion GPS were not answered as off press time.

This article has been updated with legal commentary.