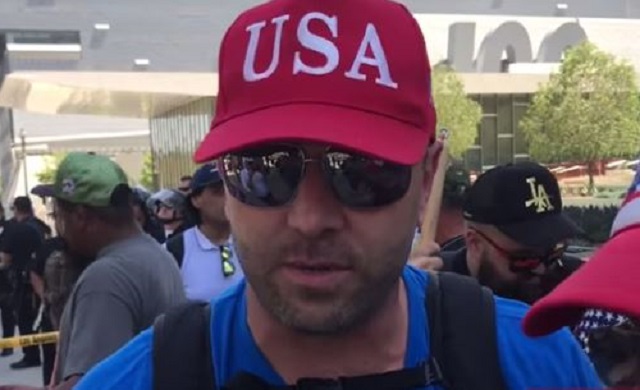 Alt-right, “American Nationalist” Kyle Chapman is facing a felony charge, now that the Alameda County District Attorney brought a case against him Thursday for allegedly wielding a lead baton on the UC Berkeley campus while violence broke out between Trump supporters and antifa counter-demonstrators, The East Bay Express reported. Chapman was reportedly seen striking people with the weapon during the chaos.

After that, Chapman was labeled “Based Stickman” by the alt-right and white supremacists, and has been featured in memes. The alleged offense took place on March 4, and Chapman was arrested again in April on a separate charge after he allegedly got into another fight. Chapman is reportedly listed on Facebook as planning to attend another rally next week.

If convicted, Chapman faces up to one year in prison.