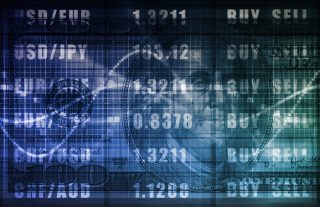 The U.S. Supreme Court ruled on Tuesday in an insider trading case involving a man who got a tip from a friend who learned it from his brother. The main issue was whether it counted as inside trading if the tipper didn’t receive any monetary benefit for his action.

Maher Kara was working for Citigroup when he repeatedly gave tips to his brother Michael, who traded on them. One one occasion, Michael passed a tip along to his friend — and Maher’s brother-in-law —  Bassam Salman , who traded on the information (knowing its original source) and made more than $1.5 million. Salman was convicted of insider trading, and sentenced to three years in prison. He took his case up to the Supreme Court, after the Ninth Circuit Court of Appeals ruled against him.

The Securities Exchange Act prohibits insider trading based on undisclosed information acquired by someone bound by a duty of trust. The Court noted that when an insider passes along a tip, the duty passes to whomever receives it. The person who got the tip can be held liable if the tipper received a “personal benefit,” according to the 1983 case, Dirks v. SEC.

Salman argued that because no monetary or otherwise tangible benefit was given in exchange for the information, he shouldn’t be held accountable and his conviction should be vacated. The Court disagreed, affirming the Ninth Circuit’s decision that cited Dirks, which said that insider information was recognized as illegal if it was given to a tipper’s “trading relative or friend.” Salman disagreed, saying that this made the rule against insider trading overbroad.

The Court compared the situation to one where an insider trades on the information himself and then gives the money he earned to someone else. Saying that the intention is the same if a tipper just passes along the information so that someone else can trade on it, the Court said that the  “tipper meant to provide the equivalent of a cash gift.”

In the end, the Court decided that when it comes to friends and family, a gift of insider information is its own reward.