What are Indiana’s Republican Delegate Rules? 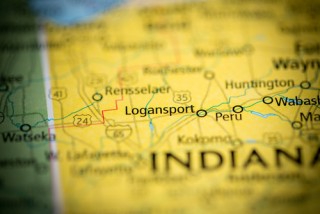 With the Republican National Convention approaching, the specter of a brokered convention looms like a mysterious cloud over the Presidential race. There’s been a lot of talk over not just who will have the most delegates beforehand, but if and how each state’s delegates could change sides. Today, Indiana goes to the polls. Here’s a rundown of the rules for Indiana, and how it impacts the overall situation.

How many did each candidate win? The primary is scheduled for May 3.

At what point can delegates switch candidates? In Indiana, delegates “shall on the first ballot at the national convention support the candidate who received the highest number of votes.. if the person is a candidate at the convention. If the presidential candidate.. is not on the ballot.. the delegates are no longer bound.” (Rules of the Indiana Republican Sate Committee. Rule 10-2)

What effect could this have on the convention? TBD