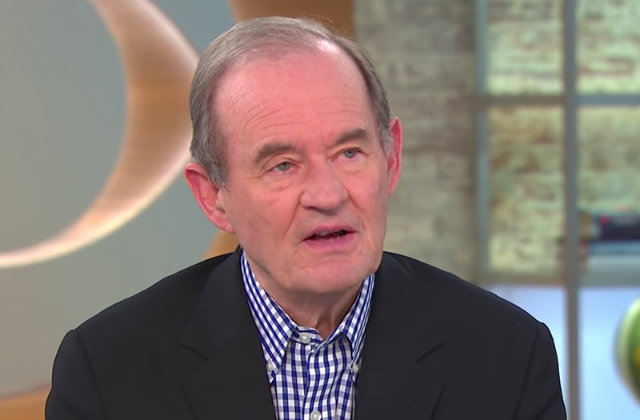 On Monday, a New Yorker report brought forward a multitude of outrageous claims, centered around Harvey Weinstein‘s alleged “army of spies.” He used private investigators, and high-powered attorneys to dig up dirt on possible sexual assault accusers. This was a reported attempt to stop outlets like The New York Times from writing articles about these allegations. Boies, a prestigious lawyer who used to represent Al Gore, confirmed to reporter Ronan Farrow that yes, he worked with Weinstein at this time to stop publication of the Times article–The same period in which his law firm Boies Schiller Flexner represented the Times. He denied this was a conflict of interest. Now, a new letter elaborated on why he felt free to work with Weinstein amid his firm’s representation of the Times.

LawNewz obtained a letter Boies sent to his firm’s employees on Tuesday. He said the Times acknowledged the possibility there could be conflicts of interest. From the document:

Second, despite the language in our Engagement Letter, I told Mr. Weinstein that we would not represent him in this matter.

Third, because I perceived the investigators’ work as trying to ascertain the exact charges against Mr. Weinstein and to develop facts that would prove the charges untrue, I thought at the time that was an appropriate endeavor.

Otherwise, Boies roughly echoed what he told Farrow in the New Yorker report: that he told the mogul the Times article could not be stopped through intimidation; that he only served as an intermediary between the mogul and the private investigators; and that his involvement in this matter was a mistake. Weinstein is no longer a client of his or of the firm, he said.

LawNewz reached out to the Times for comment. They responded Tuesday night, saying they cut ties with Boies Schiller & Flexner. Here’s their statement:

Like other large firms, the Boies firm asked us to waive certain conflicts in advance. We understood that to mean that it could openly bring actions that may be adverse to our interests and we would be free to terminate our relationship with the firm if we felt the new representation posed a serious conflict. We never contemplated that the law firm would contract with an intelligence firm to conduct a secret spying operation aimed at our reporting and our reporters. Such an operation is reprehensible, and the Boies firm must have known that its existence would have been material to our decision whether to continue using the firm.  Whatever legalistic arguments and justifications can be made, we should have been treated better by a firm that we trusted.

The Times commented on The New Yorker report earlier in the day, calling Boies’ actions “a grave betrayal of trust.”

“We learned today that the law firm of Boies Schiller and Flexner secretly worked to stop our reporting on Harvey Weinstein at the same time as the firm’s lawyers were representing us in other matters,” the outlet said in a statement, published in their own article about The New Yorker report. “We consider this intolerable conduct, a grave betrayal of trust, and a breach of the basic professional standards that all lawyers are required to observe. It is inexcusable and we will be pursuing appropriate remedies.”

Times deputy general counsel David McCraw declined to explain what those “remedies” might be, but said “I think that what they owe us is an explanation of what actually happened,” and he said they needed to know more.