Dept. of Veterans Affairs Kept Giving Money to Company Even After Fraud Conviction 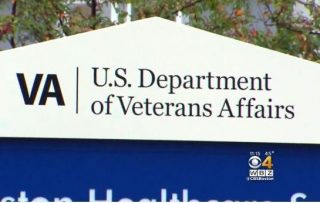 The vice president of a construction company had two veterans with disabilities pose as the company’s owners, in name only, as he ran it. As a result, from 2005 to 2010, Legion Construction received $113 million in government contracts.

They ended up getting caught, and vice president David Gorski was indicted for Conspiracy to Defraud the United States. That was in 2012. But somehow, the Department of Veterans Affairs (VA) continued to pay the company $5 million after Gorski’s indictment. After he was later convicted, sentenced to two and a half years in prison, and fined $1 million, the government still shelled out an additional $163,000, WBZ reported.

How did this happen?

The VA said in a statement that companies under a pending investigation can still collect money according to their contracts, unless the head of the agency says so. As far as how Legion kept getting money after Gorski was actually convicted, Thomas McGrath, who is in charge of the VA’s verification of veteran-owned businesses, chalked it up to a lack of resources. “[W]e do our best to check and follow-up when we can with site visits but we only have so much capabilities to run that stuff down,” McGrath said.

Ultimately, however, he couldn’t explain how Gorski got away with it for as long as he did.