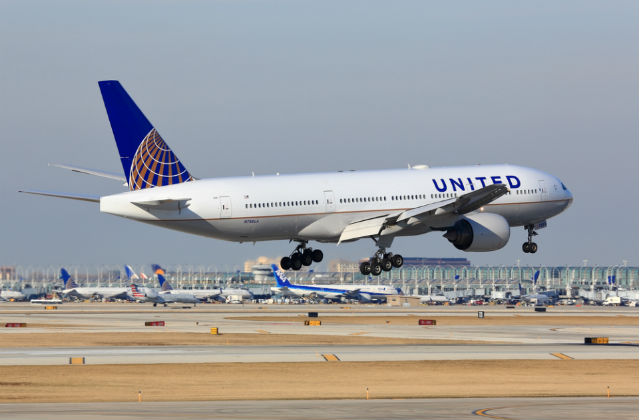 A testy exchange on social media turned into a social media nightmare for United Airlines. Everyone was commenting: reporters, authors, actors, TV hosts. And yet even after the company tried to explain things, some commenters argued that it was still a bad look.

This started Sunday morning, when gun-control advocate Shannon Watts made this complaint on Twitter:

2) She’s forcing them to change or put dresses on over leggings or they can’t board. Since when does @united police women’s clothing?

@shannonrwatts Are you speaking with this passenger, Shannon? ^NJ

@shannonrwatts In our Contract of Carriage, Rule 21, we do have the right to refuse transport for passengers who … https://t.co/52kRVgaCyb

@geesemom UA shall have the right to refuse passengers if they are not properly clothed via our Contract of Carriage. ^FS

Thus began their terrible, horrible, no good, very bad Sunday. Watts said that at least one girl was 10, and her father was wearing shorts. Accordingly, critics attacked the policy as sexist, something that polices women’s bodies.

I have flown united before with literally no pants on. Just a top as a dress. Next time I will wear only jeans and a scarf.

Ask yourself: Why would a dress policy concerned with “proper attire” ban form-fitting clothing?

Then, if you’re not mad yet, ask yourself if a standard of sexualizing of the female body ought to be applied to prepubescent kids

@united Leggings are business attire for 10 year olds. Their business is being children.

Hey @united I fly a LOT. About to go on tour all April and changing all my @united flights to other airlines

The airline tried to point out that this enhanced dress code policy was only for employees, as well as guests and family members who took advantage of travel pass perks. Some observers pointed at this, and argued that this story was blown out of proportion.

If you travel on an employee “buddy pass,” you have to abide by @united‘s rules, which include a dress code. This is a fake outrage story. https://t.co/wV6jCnHxyu

Others only cared enough to say that they somehow didn’t care.

why god why are we talking about united airlines’ dress code for dependents of employees. we are far too bored.

We here at @united are just trying to police the attire of the daughters of our employees! That’s all! Cool, right? https://t.co/xGyL4IAslE

Clarification: I know @United says it banned the 3 girls wearing leggings because they were on some special pass. I still think it’s wrong.

[Image via Greg K__ca and Shutterstock]