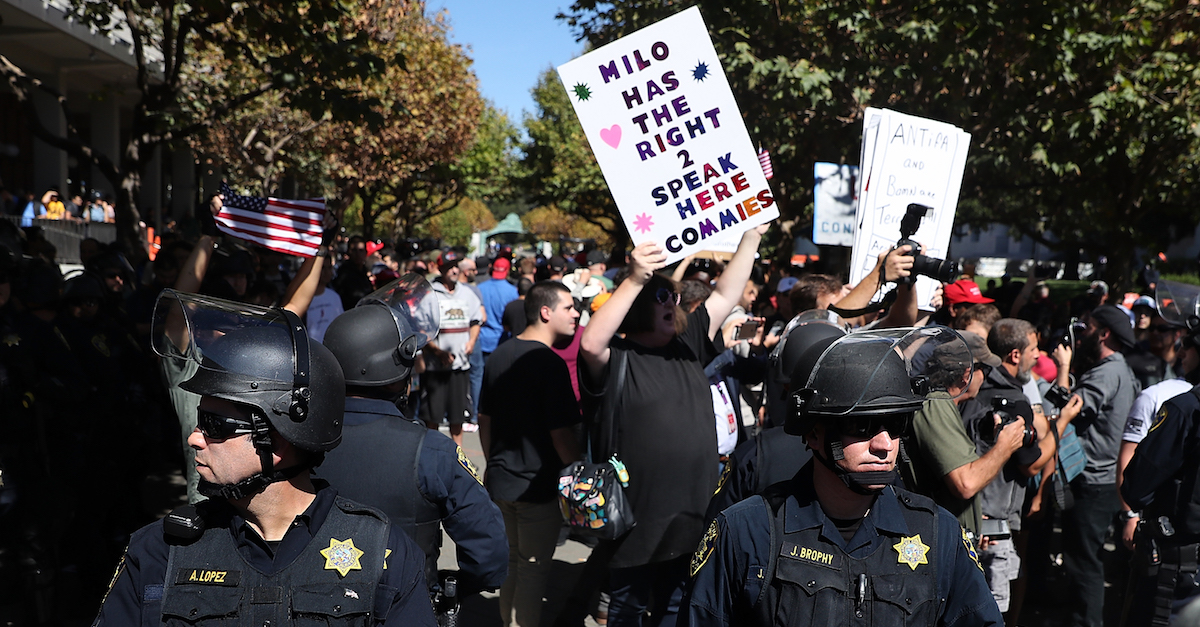 University of California Berkeley will have to face a lawsuit alleging that it discriminated against conservative speakers, a federal judge ruled Wednesday.

Young America’s Foundation, a conservative youth organization based in Tennessee, and Berkeley College Republicans sued the University of California President Janet Napolitano and other school officials after an appearance by Ann Coulter was canceled, claiming they unfairly suppressed conservative speech on campus. The college submitted a bid to have the case dismissed, but this was rejected by U.S. District Judge Maxine Chesney.

Although Chesney said that she was “unpersuaded” that Berkeley discriminated against the conservative groups, she agreed that the groups can pursue an equal protection claim over the alleged security fees that the school charged.

In February 2017, a speech by conservative speaker Milo Yiannopoulos at Berkeley was canceled after violent protests erupted on campus, resulting in fires and shattered windows. The suit alleges that after the incident, an unwritten “high-profile speaker policy” was imposed, allowing officials to censor conservative speakers by scheduling their speeches during the day time in smaller auditoriums.

“The campus strongly denies that any such secret policy existed and it will continue to dispute any claims related to that issue,” Dan Mogulof, assistant vice chancellor of UC Berkeley’s Office of Communications and Public Affairs, said in an email to Courthouse News.

However, the judge found that the university charged a much higher $9,162 security fee for an event featuring radio host Ben Shapiro event compared to a $5,000 fee for a speech Supreme Court Justice Sonia Sotomayor in 2011 despite the fact that the two appeared at the same location.

“It is good news that the case is going forward,” Harmeet Dhillon, a lawyer for the plaintiffs, said in a phone interview with Reuters. “The First Amendment is a core constitutional principle, and every government policy that restricts, censors or bars otherwise legal speech is unconstitutional.”