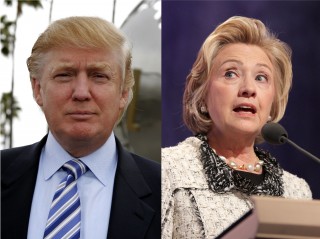 Donald Trump‘s attorneys are fighting to prevent public access of video depositions that were taken as part of a class action lawsuit against Trump University. In a court document filed Monday night, Trump’s attorneys point the finger at the Hillary Clinton email lawsuit as justification for why Trump’s videos should not been released.  The Clinton email case involves a Freedom of Information Act request filed by conservative watchdog group Judicial Watch seeking information about Clinton’s private server. As part of discovery, a federal judge allowed the conservative group to depose several of Clinton’s key aides including Cheryl Mills. Mills fought to keep her deposition video secret because she claimed releasing it would allow others to “manipulate her testimony and invade her personal privacy to advance a partisan” goal. In that case, the court permitted the written transcripts to be released but keep the video sealed.  Now Trump says that same rationale should apply to his case. In fact, Trump ‘s lawyers contend that disclosing the videos would be “unprecedented.”

“A district court recently considered a similar issue relating to the video deposition of a Hillary Clinton aide on a politically charged subject and refused to release the video of the deposition because a transcript was available. There is no reason for a different result in this case,” Trump’s attorneys, including Dan Petrocelli, wrote in the new filing.

Earlier this month, all the major television networks and many newspapers filed a motion to intervene in the Trump University case. The media groups are seeking access to videotaped depositions of Donald Trump that were taken in December and January. During the testimony, Trump was required to answer questions under oath about Trump University including presumably their recruiting tactics.   Former students sued Trump and the University claiming they were defrauded by the institution. The “media” intervenors say the public has a right to see the tapes because they involve serious allegations that have become a prominent issue in the 2016 presidential campaign.

“The purpose of plaintiffs’ filing was plainly to inject the videos into the public record to provide access to the media and others and to prejudice Mr. Trump,” Trump’s attorneys wrote. Trump’s lawyers say that once released, the videos will be broadcast by “less reputable outlets” and for “less reputable reasons.” Federal judge Gonzalo Curiel has set a hearing on the video issue for July. (Yes, the same judge that Trump has taken on for his heritage).