Trump Will Do Away With Obama Transgender Student Guidelines, Report Says 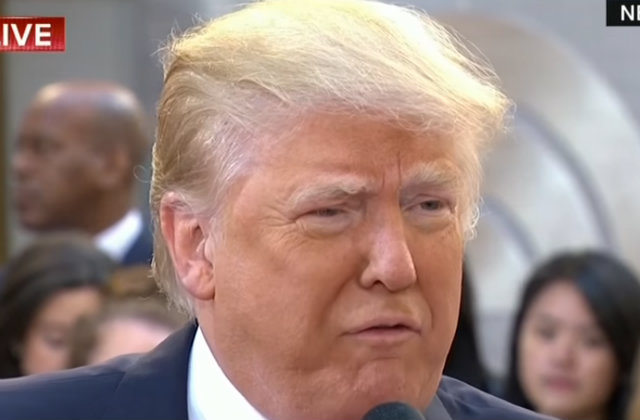 A report says that the Trump administration will pull back the Obama-era guidelines on transgender students. If true, the Justice Department and Education Department would notify schools of the change in policy via a “Dear Colleague” letter. Under the old policy, the government said that Title IX protected transgender kids, so schools should allow them to use the restroom matching their gender identity, or risk losing federal funding.

Mara Keisling, executive director of the National Center for Transgender Equality, told The Washington Blade that she learned from about this from “reliable sources.”

“This is the first day of the president’s second month in office and he is now fully coming after LGBT people,” she said. “I’m angry; I’m outraged. This is about kids who just want to go to school who just want to be themselves, and to hear the president a week or two ago talk about how supportive he is of LGBT people, it’s just outrageous that he go after trans kids this way.”

We’ve reached out to the White House for comment, and to confirm whether this information is accurate.

Regardless, Trump has already promised a different approach to trans rights than his processor. He said in May that he’d rescind the Obama policy, but “still protect everybody.” Early this month, the Justice Department canceled its motion to appeal a nationwide injunction on the guideline.

Early this month, the Justice Department canceled its motion to appeal the nationwide injunction on the guideline. LawNewz.com‘s Elura Nanos argued this foreshadows anti-trans policy from the administration.