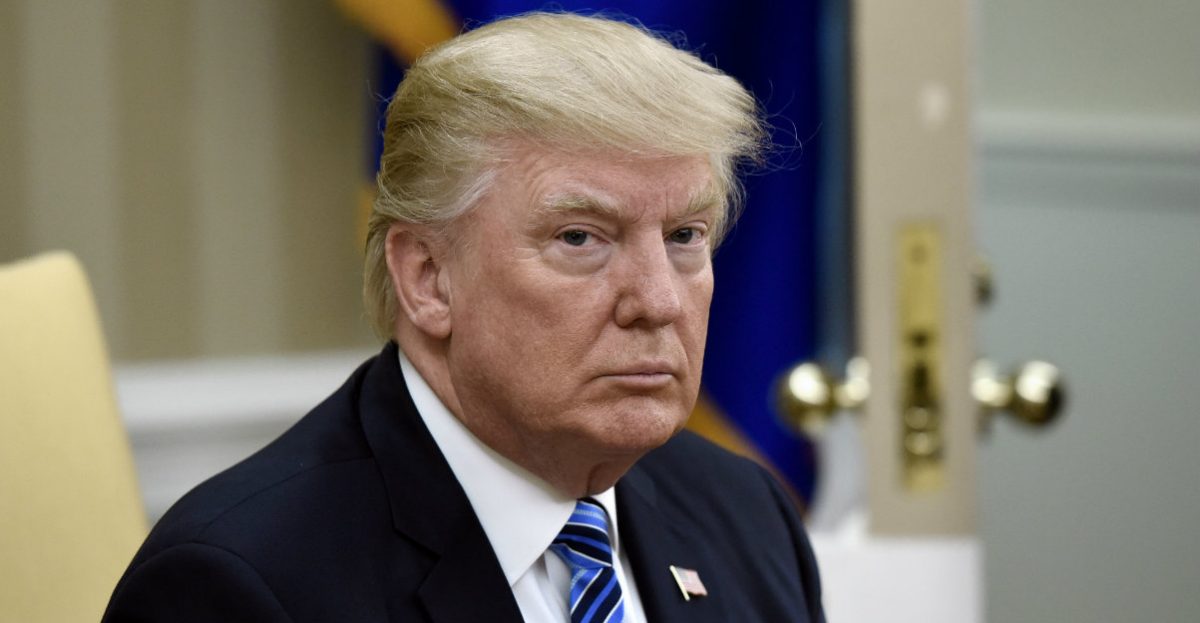 President Donald Trump was dealt a dose of the embarrassing on Wednesday morning when it was reported that lawyers, including Jay Sekulow and Rudy Giuliani, and Martin and Jane Raskin, don’t have security clearance necessary to discuss issues with Robert Mueller‘s investigation, and that the last lawyer to have that was John Dowd, who resigned in March.

While it is embarrassing to the president, and there are things he could do to circumvent that lack of clearance (like being the president of the United States), it also happens to be a legal nothingburger.

Before we get there, let’s recap what the Bloomberg report about this said: 1) Two people familiar with the matter said Trump’s lawyers, and Jay Sekulow is the lead lawyer on this now that Dowd is gone, lack security clearance to “discuss sensitive issues related to a possible presidential interview with Special Counsel Robert Mueller;” 2) Sekulow is still waiting for clearance; 3) Cobb has security clearance, but represents Trump as president not Trump as private citizen; 4) it’s not clear if Giuliani or the Raskins are seeking such clearance; 5) the clearance matters because lawyers are limited in what issues they can discuss with Mueller.

Now that we have that out of the way, it’s worth mentioning three things: Trump is the president of the United States and has the final say on what is and is not classified; Trump can circumvent those who are evaluating Sekulow for clearance (the FBI and eventually the DOJ) and grant Sekulow clearance himself — not recommended, but doable; Trump can simply decide to discuss sensitive matters with Sekulow.

Law&Crime spoke with national security lawyer Bradley P. Moss and he said that while the Bloomberg story is legitimate because it highlights the “chaos and dysfunction in the President’s legal team” and puts them in an awkward spot in terms of being able to properly advise Trump, there is no legal peril to Trump doing any of what was just described.

“It is embarrassing [his emphasis] that at this late stage in the investigation the President of the United States does not currently have private legal counsel that is cleared for access to classified information, something which is critical given the classified nature of some of the issues within the scope of Mueller’s probe,” Moss said. “Could the President circumvent the clearance process and just grant Sekulow, Giuliani and his two other new attorneys clearances today? Yes, he could. There is no indication – to the President’s credit – that he has done that and such a cavalier circumvention of the process should not ever be recommended.”

Moss also said that there are “no legal consequences here” and that this is “merely about political and public relations consequences.”

Think along the lines of Trump being able to fire Mueller. He can do that because he can direct repeal of regulations that say he must ask the DOJ to do so, but it doesn’t mean he should. In fact, some have argued such a decision would be presidency-ending.

It’s not that granting his lawyers security clearance would be as dire a choice, but it would be an optics nightmare, Moss said.

“It’s definitely about the optics. The President is very aware of how bad optics can harm his political abilities and most likely has been told that he should let the clearance process just play itself out and let the chips fall where they may,” he said. “That’s why, for example, Jared Kushner is still only operating on an interim clearance, even though his father-in-law could just order the clearance granted without further investigation.”