Trump is Right, DNC Did ‘Collude’ With Clinton — They Basically Admitted It 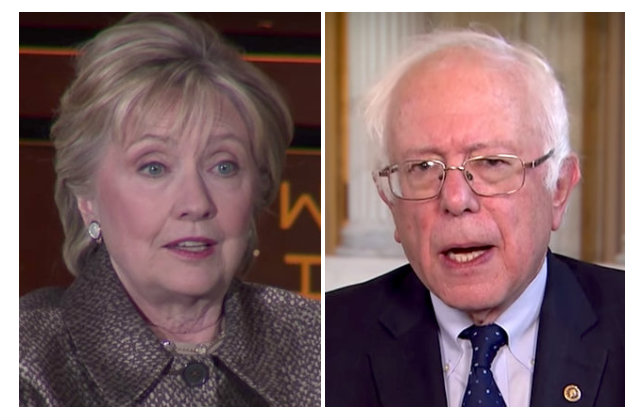 In another early morning tweet, President Donald Trump once again harkened back to the election — this time to accuse the Democratic National Committee of colluding with the Clinton campaign. While critics have blasted Trump for his “fake news” tweets, this time he might actually have a point. In fact, in recent court filings, attorneys for the Democratic National Committee basically conceded this point.

Hillary Clinton colluded with the Democratic Party in order to beat Crazy Bernie Sanders. Is she allowed to so collude? Unfair to Bernie!

A lawsuit, filed by Bernie backers in Florida, seeks to answer that very question. Is the DNC legally allowed to collude with Clinton? Did they violate DNC rules by allegedly favoring her?

“The DNC was biased in favor of one candidate – Hillary Clinton – from the beginning and throughout the process,” the plaintiffs wrote in their original lawsuit filed last July. The complaint alleges fraud, as well as negligence as it relates to a Russian Hack on the DNC server. The Bernie backers contend that the trove of DNC emails posted by Wikileaks further proves that the Democratic Party was working against Bernie Sanders from the start.

In order to get the case dismissed, attorneys for the DNC have utilized some very clever lawyering — and in the process basically confirmed every Bernie backers’ worst fear — that the DNC was biased against their man. The attorneys, in a motion to dismiss, argued that Sanders’ supporters donated knowing that the DNC favored Hillary Clinton, and therefore the lawsuit should be thrown out.

“Indeed, publicly available information demonstrates that several proposed class representatives made donations in spite of—indeed, in many cases likely because they accepted as true—the claims of bias,” the DNC’s response reads.

The filing goes on to give some examples:

So basically, the theory is that because there Bernie backers knew that the DNC was biased (or thought it was), they weren’t duped, and therefore the lawsuit has no merit. At last check, a judge has not made a ruling on the motion to dismiss, and the litigation is ongoing. Trump has been accused of forgetting to consult his lawyers before he tweets, but this time it appears the DNC lawyers did the same with their P.R. team before picking that legal strategy. The legal maneuver might work for a judge, but in the court of public opinion, it reeks of collusion.