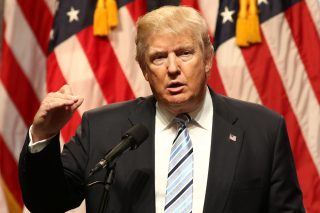 The campaign finance report for the Trump campaign’s expenditures in September 2016 was released on Thursday, and it shows that they spent a staggering amount on attorneys’ fees. Roughly $500,000 in that month alone was spent on legal services. The report indicates $497,591.21 was spent on “legal services,” with more for various forms of consulting. Of course, that’s a drop in the bucket when compared to the $70 million and change in total disbursements in September, but it’s definitely more than normal.

To compare, Mitt Romney spent $1.15 million in legal fees over the course of his entire campaign, with Trump’s total being more than $3 million, according to The Daily Beast.

The report doesn’t specify what matters the money was spent on, just that it went to several law firms. One of them, O’Melveny and Myers, received $21,072.72. O’Melveny is also the firm that represents Trump in the Trump University cases but there is no indication that the campaign spending has anything to do with that. However, even with the amount of legal issues Trump’s campaign has dealt with, the expenditures are a mystery. Campaign finance attorney Brett Kapppel told the Beast, that the amount of the campaign’s spending on legal fees “indicat[es] that there must be a great deal going on behind the scenes we don’t know about.”