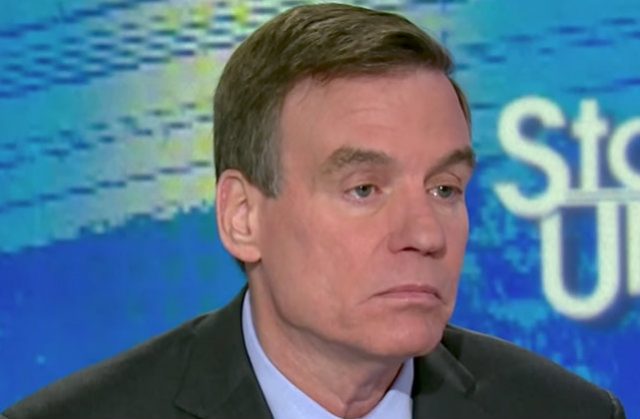 An influential Democratic senator acknowledged the contents of the controversial Steele dossier have not been verified, despite months of messaging from his own party claiming exactly that.

Senator Mark Warner (D-VA) is the ranking member of the Senate Select Committee on Intelligence, a position he’s held since January 3, 2017.

In my mind, one of the most amazing things is whether Mr. Trump or his campaign colluded or not, the fact that there is this explosive dossier that’s been in the public realm for a year-plus, and whether enormous scrutiny from the press or for that matter the work of the American government that so little of that dossier has been fully proven, or conversely, disproven, that’s pretty amazing.

Warner’s admission on the allegations contained in the salacious Steele dossier would seemingly put him at odds with other high-profile Democratic Party politicians.

Upon the document’s release, Representative Adam Schiff (D-CA), the ranking member on the House Permanent Select Committee on Intelligence–essentially Warner’s counterpart in the lesser chamber–read many of its allegations into the congressional record during a hearing with then-FBI Director James Comey. After that, Schiff has repeatedly touted the dossier’s contents and their veracity.

Warner himself has previously been criticized for his reliance on the Steele dossier.

In comments to the Washington Times, an anonymous White House source said:

[T]hey’ve routinely shopped around false claims from the debunked Steele dossier, which listed sources including senior Kremlin officials. If anyone should be investigated in Washington, it ought to be Adam Schiff, Eric Swalwell, Mark Warner and their staffers.

Representative Swalwell (D-CA) compared the allegations contained in the Steele dossier to the Watergate burglary which ultimately led to President Richard Nixon‘s resignation.