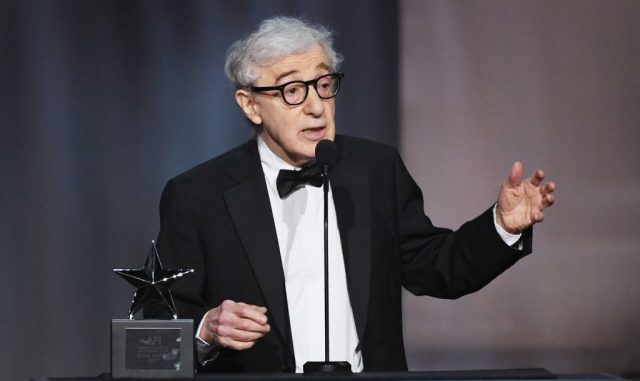 A petition circulating among students at UC San Diego is calling for the university to drop a class that examines the films of Woody Allen. The 23-year-old theater major who began the initiative, Savanah Lyon, says Allen, who has been accused of molesting adopted stepdaughter Dylan Farrow when she was a child, does not deserve to have his work studied and admired.

“People like Allen who have been accused of, or participated in, sexual assault shouldn’t be the subject of classes that talk about what great work they have done,” Lyon told the San Diego Union-Tribune.

For decades, Farrow has accused Allen of sexually assaulting her when she was young. Allen has long denied the allegations against him, and he has never faced criminal charges. In January, Farrow gave a televised interview where she discussed the abuse that allegedly took place on August 4, 1992, when she was 7 years old.

“He’s lying and he’s been lying for so long,” Farrow said about Allen’s denial.

Allen said in a statement through a representative after Farrow’s TV interview, “When this claim was first made more than 25 years ago, it was thoroughly investigated by both the Child Sexual Abuse Clinic of the Yale-New Haven Hospital and New York State Child Welfare.” Both concluded that the abuse hadn’t truly taken place, the statement said. “Instead, they found it likely a vulnerable child had been coached to tell the story by her angry mother during a contentious breakup.”

Despite Allen’s denial, nearly 10,000 people had signed the petition as of Wednesday afternoon,

The class, “The Films of Woody Allen,” has reportedly been part of the school’s course catalog since the 1990s, and is taught by Professor Steven Adler. Law&Crime reached out to Professor Adler for comment on the petition, but he has yet to respond.

The university, meanwhile, said in a statement, “The university’s Academic Senate, which oversees curriculum on campus, is currently reviewing the request.”