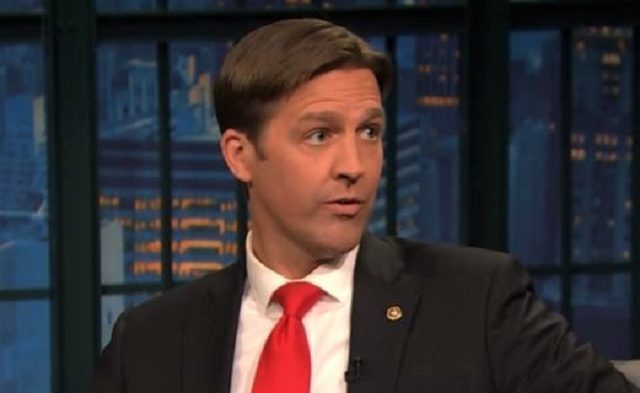 If there’s one thing that Democrats and Republicans agree on today, it’s that the allegations put forth in The New York Times‘ report of a memo written by James Comey are troubling, if accurate. Republicans may be a little slower than their Democratic counterparts to jump to conclusions of criminal conduct, based on the report that the memo included notes of a conversation where President Donald Trump allegedly asked Comey to drop an investigation of former National Security Adviser Michael Flynn. Still, they’re interested in finding out more.

On Wednesday, Senator Benjamin Sasse (R-Nebraska), chairman of the Senate Judiciary Committee’s Oversight Subcommittee, said on Hugh Hewitt‘s radio show, “I do think all of Director Comey’s notes, and I think all, any and all tapes that exist in the White House, ought to all be turned over.” Sasse did say that he’s taking his time on this because he wants to figure out the best course of action and what materials to request and in what order.

Sasse pointed out that there’s still a lot that’s unknown regarding the Comey memo. “I was in the SCIF three times yesterday, and obviously couldn’t get much information on this kind of a story. So I want to hold out skepticism about all that we don’t know,” he said. Still, he acknowledged, that “there’s a lot here that’s really scary.” Based on the Times report, he said, “Just the fundamental alleged facts in there, it’s obviously inappropriate for any president to be trying to interfere with an investigation.”

Sasse isn’t the only Republican looking to get to the bottom of this. Rep. Jason Chaffetz, chairman of the House Oversight and Government Reform Committee, wrote a letter to Acting FBI Director Andrew McCabe on Tuesday, asking for McCabe to turn over “all memoranda, notes, summaries, and recordings referring or relating to any communications between Comey and the President.”