The Reason One Attorney Says Trump Jr. Might Actually Be Screwed For Russian Lawyer Meeting 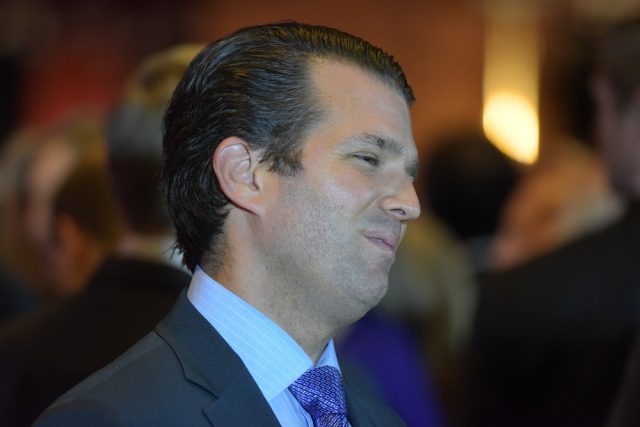 Though it’s exceedingly unlikely that Donald Trump Jr.‘s meeting with Natalia Veselnitskaya qualifies as the sort of “collusion” with foreign nationals outlined in 11 C.F.R. § 110.20, there is a more basic way Trump Jr. (along with Paul Manafort and Jared Kushner) could find themselves in trouble: conspiracy.

Attorney Tor Ekeland, a criminal defense attorney who has represented high profile clients in hacking cases, has suggested in multiple tweets that Trump Jr. may be guilty of exactly that.

Neat conspiracy fact- you don’t need to know the identity of your co-conspirator to be guilty of conspiracy.

An act in furtherance of conspiracy can be as simple, and quite often is, just going to a meeting.

In an email with LawNewz.com, Ekeland wrote, “[D]epending what [the Trump camp] thought the information was that they were receiving it’s possibly a felony because it might meet all the elements for criminal conspiracy, or aiding and abetting, or attempt.”

The charges Ekeland listed above are what the law refers to as “inchoate” crimes, basically meaning that the crimes were planned out, and acted upon, but need not ever actually have been committed. For example, two or more people could be arrested, charged and found guilty of the crime of conspiracy to commit murder even if the murder in question never occurred.

LawNewz.com spoke with Ekeland by phone and asked him to elaborate on the possibility of conspiracy charges for Trump Jr. and his cohorts in tow at Trump Tower the day that Veselnitskaya arrived.

LN: Could you explain why the major issue here could be different than what everyone seems to be focusing on?

TE: “I think they’ve got a huge, huge problem on this one; ‘collusion’ is a synonym in this case for ‘conspiracy’. You don’t need to know the identity of the co-conspirators or the precise details of the illegal act you’re contemplating. I think you’ve got probable cause in this case to get a search warrant or maybe even an arrest warrant.”

LN: What about Trump Jr.’s account of the meeting?

TE: “Three of the top people in the Trump campaign [Trump Jr., Paul Manfort and Jared Kushner] took time out of their day at Trump Tower to meet with this person. It’s ridiculous that they would have met with her without knowing her identity. They shouldn’t be speaking publicly about any of this. Their lawyers are idiots if they’ve advised them otherwise.”

LN: What if it turns out that Natalia Veselnitskaya isn’t a clandestine Russian agent–say she’s just some Russian attorney with an interest in politics–what does that do to your analysis?

TE: “I think the whole thing turns on the nature of the information they were hoping to get. It depends what they were trying to conspire to do.”

LN: Even if Veselnitskaya never had the information she claimed to have in the first place?