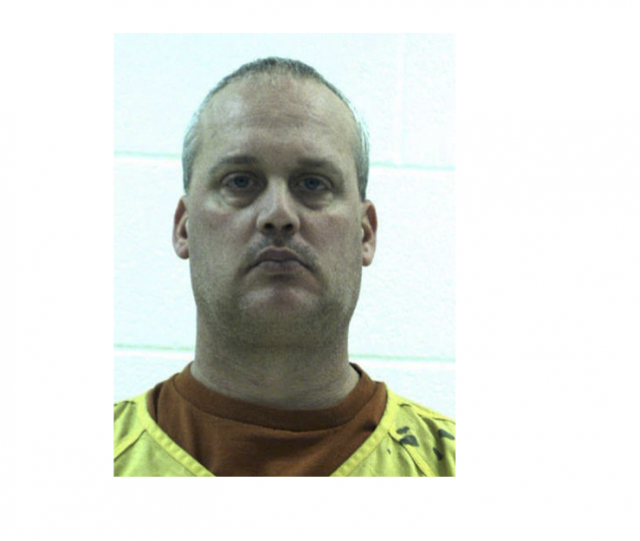 Yesterday, much of the country learned the name of Jeffery Sandusky. This happened because he was charged with multiple counts of serious crimes which the media routinely described as “sexual assault of children.” Of course, this kind of horrible thing happens many times a day, so why did this situation get wide-spread national news coverage and trend on Twitter for most of the day?

Well, you see Jeffery is the adopted son of Jerry Sandusky, the most notorious convicted child molester in the world and the reason that Penn State University is now more well-known for “scandal” than for anything else. As someone who has investigated the entire Jerry Sandusky story more completely than anyone on the planet, I found this development to be beyond mystifying on multiple levels.

Don’t get me wrong. I am hardly naïve when it comes to the ways of the ratings/click-driven news media. The Sandusky name is known/hated by almost everyone and therefore any negative story related to them is instant fodder for far greater coverage than warranted. However, I have to believe that if Jeffery had been arrested for beating up a guy in a bar fight that the story wouldn’t have even made the tiniest of ripples on the media’s Monday pond.

It was clearly because the natural headline (that’s all that matters these days) could seem to connect Jeffery’s case to the crimes for which his father was convicted that this story went viral. Even The New York Times couldn’t resist being one of many outlets to go with the highly deceptive lede, “Jerry Sandusky’s Son Charged with Sexually Assaulting Children.”

Now that SOUNDS like it might be relevant to the overall Penn State “scandal,” and therefore worthy of big-time treatment, right? After all, this makes it seem like child sexual assault was some sort of sick Sandusky family business and that it either ran in the family “blood,” or perhaps Jeffery was abused by Jerry and therefore he was continuing the pattern of horrendous abuse, probably of boys, just like his father. Regardless, it is just more “evidence” that everyone at Penn State knew what was really going on and put football above the welfare of innocent children, right?!

However, there are many VERY serious problems with that narrative. The first is that, while almost no headlines noted it, Jeffery is NOT Jerry’s son. He, like all six of Jerry’s children, was adopted as a very troubled youth.

The second is that, while technically accurate, it is very misleading to describe what Jeffery is being accused of as “sexually assaulting children,” There is no allegation of an actual sexual contact ever occurring, or even being physically attempted. As for the “children,” this creates a very different impression than the fact that the first/primary accuser was 17 and the second was 15 (now 19) at the time of the alleged episodes.

Importantly, both of them were also the offspring of Jeffery’s long-time girlfriend, who as of this morning, was still dating him, with many very loving photos of the two of them posted to her Facebook page. These children (both girls) also have a father who has long had it out for Jeffery, probably, at least in part, because of his last name.

To be very clear, I am NOT defending Jeffery Sandusky (I am the only person to interview him on camera, I know him decently well, and I do NOT like him). The criminal complaint makes it very difficult to see how he did not commit a serious crime here. If that is proven (I have no doubt given the toxic climate towards the Sandusky name in Pennsylvania that he will be going to prison, probably via a plea bargain) he should pay a very serious price. However, there is absolutely NO relevance here to Jerry’s case or to Penn State, at least not in the way the news media would like to pretend that there is.

I know, as much as anyone possibly could, that Jeffery was not abused by Jerry. After his adopted brother Matt (who Jeffery and his other four adopted siblings do not believe is currently telling the truth about Jerry) infamously flipped on Jerry in the middle of his criminal trial, and then temporarily changed his name from Sandusky, Jeffery got the words “Sandusky Forever” prominently tattooed to his arm.

Even if everything alleged against Jeffery is true, there is no commonality to the case against Jerry whatsoever, especially since Jerry had already been convicted and put in a maximum security prison when this situation allegedly began in 2013.

Ironically, the only remotely logical “connection” between these two cases is that the apparent evidence against Jeffery highlights, as so many other high-profile circumstances have, just how incredibly weak, despite the overwhelming conventional “wisdom,” the case against his adoptive father really was.

The charges against Jeffery appear to be completely based on texts and pornography. And yet, no one in the media every wants to ask why it is that, despite many years of FAR more exhaustive investigation, nothing remotely like that was ever found in Jerry’s case. No texts. No phone calls (despite surveillance attempts). No cell phone videos or photos. No pornography of any kind (except within the email of some of the prosecutors and investigators).

The way I explain the whole “Penn State Scandal” to people who know nothing but what they have read in incredibly biased headlines is that I tell them to just take a look at how the news media interprets an event and then flip it upside down. That way you will probably then have the truth. At least when it comes to trying to link the case of Jeffery Sandusky to that of Jerry and Penn State, I am very confident that rule still holds all too strong.