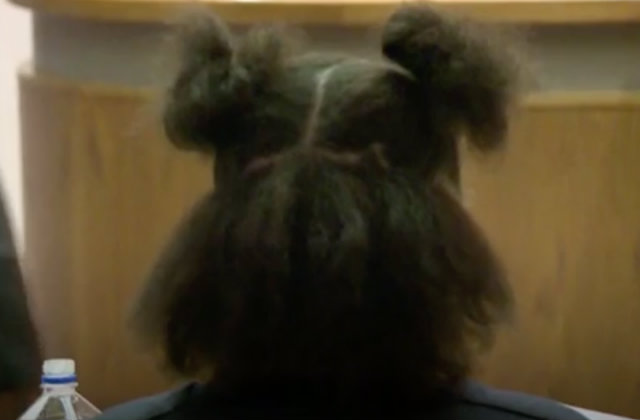 The Ohio teenager charged with killing her allegedly abusive father accepted a plea deal Monday at a Warren courtroom. This 15-year-old has been charged with aggravated murder, but in return for a “plea of true,” she will cop to involuntary manslaughter. The girl has been sentenced to a year and a day in juvenile detention, including time served, and will get 6 months of treatment.

She received a tentative deal about two weeks ago.

Prosecutors said she shot and killed father Jonathan Meadows in his sleep late July of last year, but mother Brandi Meadows came to her defense in the press.

“She is my hero,” the mother told Fox 8 shortly after the killing. “I wasn’t strong enough to get out and she helped me.”

She and other family members claim Jonathan Meadows was abusive, and the girl’s attorney argued the killing was in self-defense. This case became a cause célèbre among activists and people who want change in the prison system. They wanted the murder charge dropped.

One of Jonathan Meadow’s family members disputed the abusive narrative.

“My niece needs help,” sister Lena Cooper told Cleveland in January. “She shouldn’t be out walking around. I love her. But there is something wrong here. A child doesn’t just shoot her father. She has psychological problems.”

A trial had been scheduled to begin on Monday.