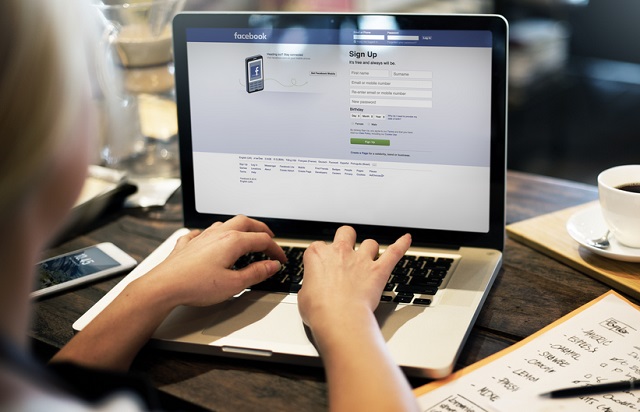 RALEIGH, N.C. (AP) — Fresh from a trip to traffic court, Lester Packingham Jr. celebrated his turn of good fortune by announcing to friends on Facebook that his pending ticket was dismissed without him saying a word.

“No fine. No Court costs. No nothing. Praise be to God. Wow. Thanks, Jesus,” Packingham wrote in a 2010 post that led to a lawsuit being heard by the U.S. Supreme Court on Monday.

Packingham, 36, was forbidden by a 2008 North Carolina law from using commercial social networking sites like Facebook that children could join. That’s because he’s a registered sex offender who was convicted of indecent liberties with a minor when he was 21. He served 10 months in prison.

A Durham police officer investigated Packingham’s post and determined he used an alias rather than his real name. Packingham was prosecuted, convicted of a felony and received a suspended prison sentence. His lawyers say no evidence pointed to Packingham using Facebook or his computer to communicate with minors or that he posted anything inappropriate or obscene.

Now the Supreme Court’s task is deciding whether the law, meant to prevent communications between sex offenders and minors via social media, is so broad that it violates the Constitution’s free-speech protections.

The case reaches the Supreme Court after it was upheld by North Carolina’s highest court in a divided ruling. The law addressed websites that might allow sex offenders to gather information about minors, the state court said. But dissenting justices argued the ban extends further and could outlaw reading the New York Times and Food Network website.

Lawyers arguing on Monday are expected to continue that dispute.

Groups including the libertarian Cato Institute and the American Civil Liberties Union argue the North Carolina law could ban sex offenders from online life that includes looking for jobs or reading the daily musings of President Donald Trump and is unconstitutional.

“Everyday Americans understand that social media — which includes Twitter, Facebook, Instagram — are absolutely central to their daily life and how the First Amendment is exercised in America today,” said Stanford law professor David Goldberg, who will represent Packingham at the Supreme Court on Monday.

Though the intent of North Carolina lawmakers may have been to block sexual predators from finding and grooming prey online, Goldberg said the law goes further and makes it a crime for someone on a sex-offender registry to say anything about any subject on social media.

“That goes way, way too far,” Goldberg said. “It’s a crime to do anything, including what Mr. Packingham did, which was to say ‘God is good’ because he was victorious in traffic court. There’s never been any suggestion that he was up to anything but exercising his freedom of speech.”

Georgia, Kentucky and Louisiana also have laws restricting sex offenders’ use of use of social media sites. Nine other states require offenders to disclose their online usernames and profiles, according to the National Conference of State Legislatures.

“We have to protect young people wherever they are, whether that’s at school, or at summer camp or increasingly online,” said North Carolina Attorney General Josh Stein, whose office is defending the law. “This North Carolina law keeps registered sex offenders off of social networking websites that kids use without denying the offenders access to the Internet. It just keeps them off of certain web sites.”

The law’s supporters contend that it doesn’t regulate what sex offenders say, just the time, place and manner of their speech, which most people understand through the legal maxim that you can’t yell “fire” in a crowded movie theater. The law doesn’t ban offenders from using the internet entirely, just social media sites like Facebook, said Louisiana Deputy Solicitor General Colin A. Clark, who wrote a brief supporting the law joined by attorneys general in 12 other states.

“There’s nothing that a sex offender can’t say on the Internet. They just can’t say it on Facebook,” said Clark. His state, Nebraska and Indiana have had laws that federal courts ruled violated the free-speech rights of sex offenders. Louisiana amended its statute to comply with the court decision.

The vast majority of the more than 800,000 sex offenders nationwide are required to register their names, addresses and photographs on registries maintained by states, Clark said.

States are trying “to come up with a practical solution to the practical problem of sex offenders being on social media and harvesting information about our children and then soliciting them online,” he said.