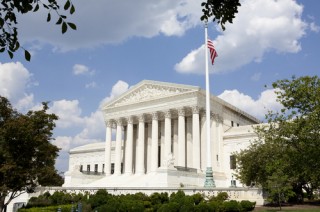 In a 6-2 decision announced on Wednesday, the Supreme Court upheld a 2012 law allowing victims of Iranian terror attacks to seize funds from Iran’s central bank, Bloomberg reported. Over a thousand people sued the Iranian Bank Markazi, claiming that they were liable for bombings, including one at the Beirut Marine Barracks in 1983 and the 1996 attack at Saudi Arabia’s Khobar Towers. Iran had not defended itself against the allegations, and a judgment was entered for the victims and their families.

The funds in question were originally held in a Citigroup account located in New York, and Congress passed a law saying the money could be taken to pay the judgment. The Supreme Court case was over whether Congress acted properly in passing that law.

Chief Justice John Roberts disagreed with decision, saying in his dissent that “Article III of the Constitution commits the power to decide cases to the judiciary alone.” In the Court’s opinion, Justice Ruth Bader Ginsburg wrote, “Congress may indeed direct courts to apply newly enacted, outcome-altering legislation in pending civil cases,” saying that Congress did not act outside their authority.