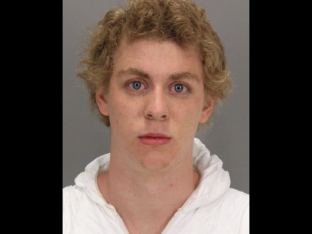 Former Stanford swimmer Brock Turner, 20, was convicted of three felony counts related to the sexual assault of a woman outside a fraternity party in January of 2015.  Santa Clara County Superior Judge Aaron Perksy caused a bit of an uproar in sentencing Turner to six months in jail and three years probation.  Critics have called it “an extraordinary light sentence” and some have gone so far as to advocate Judge Persky’s removal from the bench.  However, sentencing memos obtained by Mercury News prior to sentencing provide the public with some insight into the arguments made by both sides, including a shocking claim by the prosecutor. The prosecutor says Turner lied to the Judge about his history with drugs and alcohol.

According to the report, Turner portrayed himself as a small town boy from Ohio that was an inexperienced drinker during the sentencing hearing.  However, a review of “prosecutor Alaleh Kiancerci’s sentencing memo, texts and photos on Turner’s phone … indicate” a much different story, according to the paper.  All the information indicates Turner used alcohol and drugs before the January 2015 assault, including back in high school.

The inconsistencies between the defense’s evidence and the prosecution’s evidence were reportedly pointed to Judge Persky at the sentencing hearing, but the paper says the judge made no mention of the discrepancies prior to handing down the sentence.

A majority of the information related to drugs contained in the article deals with Turner’s alleged references to marijuana and alcohol.  A few of the messages mention harder drugs like LSD and MDMA, commonly known as ecstasy.