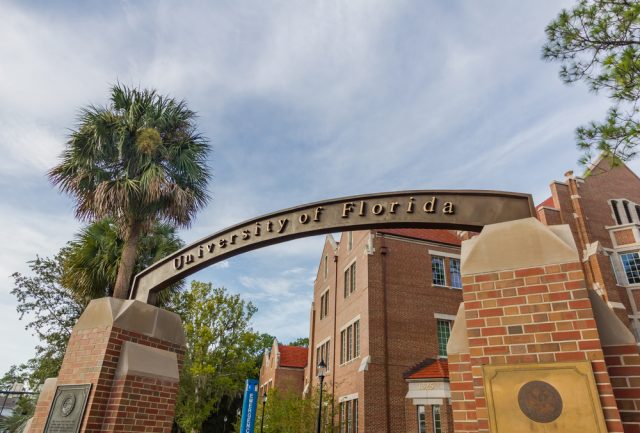 GAINESVILLE, Fla. (AP) — The Latest on the University of Florida denying a request by white nationalist Richard Spencer‘s group to have an event there (all times local):

A supporter of a group headed by white nationalist Richard Spencer vowed to file a lawsuit against the University of Florida after the school denied a request to rent space on the campus for an event next month.

Cameron Padgett, a Spencer supporter who was organizing the campus event in Gainesville, was told of the university’s decision by an Associated Press reporter on Wednesday.

Padgett said he was going to call his lawyer immediately and start the process of filing a court challenge.

Padgett is being paid nearly $30,000 from Auburn University after he successfully challenged that school’s attempts to block the group from speaking there.

He says they’d signed an agreement with Florida and believes the group will prevail just as they did with the Auburn challenge in April.

A judge allowed the Spencer event at Auburn to proceed. Several hundred people attended the event and three people were arrested outside the building during clashes between Spencer’s supporters and his opponents.

The University of Florida is denying a request by a group headed by white nationalist Richard Spencer to rent space on the campus for a September event.

UF President W. Kent Fuchs said in a statement Wednesday that the decision was made after assessing risks to the campus, community and law enforcement following last weekend’s violence in Charlottesville, Virginia.

Spencer, the head of the National Policy Institute, had contacted the university for plans to rent space on the campus in Gainesville, Florida next month.

In denying the request, Fuchs said he finds Spencer’s racist rhetoric “repugnant and counter to everything the university and this nation stands for.”

Fuchs said UF is dedicated to free speech and public discourse, but the First Amendment doesn’t require risk of imminent violence to students.