Special Prosecutor Might be the Best Thing for Trump 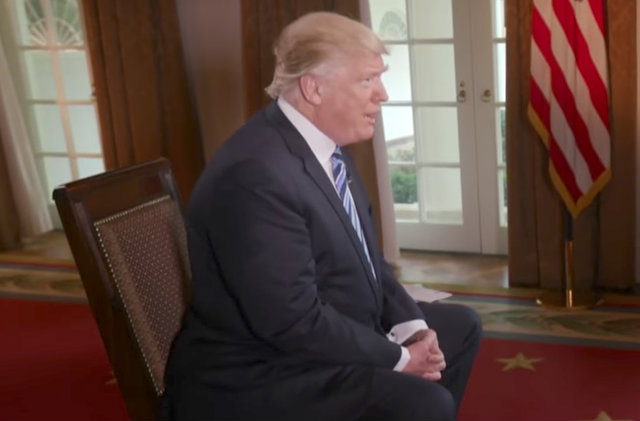 President Donald Trump does himself no favors by dismissing Russia collusion allegations out of hand. The best thing for him to do is to support the appointment of a special prosecutor for the Russia investigation. It’s good for optics, best for business, and will only enhance trust in an embattled administration that starves for political capital.

Funny enough, Ken Starr–you know, the independent counsel who investigated Bill Clinton for wrongdoing as President–said such a thing should only be used as a last resort.

“Let the process work,” Starr said on Tuesday’s Fox & Friends. “We’ve got a great justice department. We have career prosecutors with total integrity, and we an FBI that has over 10,000 special agents. And these are terrific men and women. Let them do their job.”

But the problem isn’t the FBI doing the job. It’s the optics. An investigation overseen by Trump administration will look shady unless it proves collusion. We don’t need that. We need, as much as we can obtain, faith that the office of the presidency of the United States wasn’t tainted by interference from a foreign power.

Since 1999, federal law gives the executive branch power to appoint a special counsel, but this option is less than ideal for reasons that should be obvious. The Attorney General has the discretion to choose a person, unless he recuses himself like Jeff Sessions did, in which case the Acting AG would step in and make the decision. [Emphasis mine.]

(a) That investigation or prosecution of that person or matter by a United States Attorney’s Office or litigating Division of the Department of Justice would present a conflict of interest for the Department or other extraordinary circumstances; and

(b) That under the circumstances, it would be in the public interest to appoint an outside Special Counsel to assume responsibility for the matter.

AG Sessions recused himself in March from any investigation into Moscow’s interference in the election. That is because he felt that since he was connected to Trump’s campaign, he should not oversee an investigation into campaign activities (he has denied any allegations of wrongdoing).

The decision to appoint a special counsel would fall to Deputy Attorney General Rod Rosenstein. The problem is, optics haven’t benefitted him either. Despite being confirmed by the Senate with the nigh-unanimous bipartisan vote of 94-6 (a miracle these days), he’s been followed by speculation and criticism after the firing of FBI Director James Comey on Tuesday.

Trump, in his Dear Jim letter, attributed his decision to Sessions and a Rosenstein-written memo. But then he told NBC’s Lester Holt on Thursday that he would have done it anyway, apparently contradicting his earlier letter and his own spokespeople. The Deputy AG will now speak to the Senate about that firing on Thursday.

With all this in mind, it makes sense if Congress establishes a way to appoint a special prosecutor free from undue influence by the administration. One option is to go back to the way things were under the Ethics in Government Act of 1978: special counsels chosen by a three-judge panel. Senate Minority Leader Chuck Schumer (D-New York) suggested this legislation in March. Ironically enough, it was criticism of Starr as independent counsel that led to the status quo in 1999. This was a mistake in retrospect. Patching up the system again can work, as long as reform legislation can pass judicial review and promote good governance.

Trump has something of a point when he explains his timing for ditching the FBI Director, but he is way too dismissive of his critic’s worries.

“There was no good time to do it [fire Comey],” he told NBC on Thursday. “And in fact, when I decided to just do, I said to myself, I said, ‘You know, this Russia thing with Trump and Russia, is a made up story. It’s an excuse by the Democrats for having lost an election they should have won.’”

He’s right. There was no good time to fire Comey, especially after the FBI investigation into collusion was announced in March. But, man, POTUS went about it in the absolutely shadiest way he could have. After stumbling over his own surrogates in explaining the move, he went as far as to suggest ending daily press briefings.

It looks bad. It looks like Trump is playing poker, has a nothing hand, then pushes his chips forward, saying, “I have the best cards.”

Now, we have a system of presumed innocence in this country. The end. This article makes no assumption that Trump’s campaign worked with a foreign power to win the election. This article makes no disparagement against Rosenstein, who seems well-respected by peers. It is a problem of optics. The American people need to know they aren’t being conned.

It’s entirely possible that Trump isn’t guilty of anything but is making himself look guilty as a result of his ego-driven actions. pic.twitter.com/kd1jNinVI3

So let us assume Schumer’s suggested bill, or the like, lands on the president’s desk. What better way for Trump to shrug off allegations than to gladly sign that legislation? If he’s got nothing to hide, why balk? It only helps him if he really does want this to go away.

And let’s assume, using a presumption of innocence, that investigators discover no substantive proof of Trump campaign collusion with Russia. Not everyone is going to like it or even trust this result. Take the conspiracy theories that have sprouted up in spite of the Warren Commission and 9/11 Commission. But it will be better received, and probably more trustworthy, than one handled just by an FBI and Justice Department shrouded in controversy.

This would be the best possible news for Trump. He could hold a press conference, tap the written report, and say, “I told you so. Didn’t I say I told you so? I told you so.”