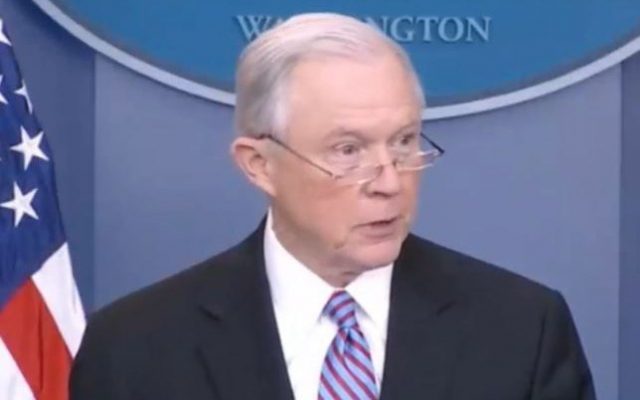 The concept of “prosecutorial discretion” isn’t exactly dinner-table conversation in most households. It’s not nearly as sexy as debating which conduct is illegal, whether or not conduct should be illegal, or whether a person accused is guilty. Decisions over which people get prosecuted and for which crimes is a background issue, much like watching speeders pulled over on the highway. We don’t really start paying attention until lights are flashing and someone is in trouble; we hardly even consider how the specific offender was chosen over other contenders.

In reality, though, the choice of whether to prosecute someone for a particular crime is a highly nuanced and complex set of decisions. On a campaign stump or in a press conference, all that zero-tolerance “there’s-a-new-sheriff-in-town” bravado plays well. But in actual life, more convictions plus more inmates plus more jail time does not equal a safer and more ordered society. Costly, overcrowded prisons, destruction of families, and disproportionate impact coalesce to create a critical need for all criminal justice professionals to understand the facets of the intricate organism in which they work. The experienced, ranging from attorneys and judges, to social workers and faith leaders, to community activists and police officers know that “tough on crime” policies may sound great in headlines, but are often devastatingly destructive to the larger goal of creating safer communities.

Under then-Attorney General Eric Holder’s direction, the Obama administration worked to use prosecutorial discretion as a tool to effect smart, pragmatic outcomes. Holder directed federal prosecutors to look not only at whether a conviction could be secured, but also whether it should be. In 2013, Attorney General Holder issued a memo that directed the following:

“In order to initiate charges against a defendant, prosecutors must determine not only that the person’s conduct constitutes a federal offense and admissible evidence is sufficient to obtain and sustain a conviction, but also that the prosecution serves a substantial federal interest, the person is not subject to effective prosecution elsewhere, and there is no adequate non-criminal alternative to prosecution.”

In other words, we should only prosecute people when it makes sense to do so. Holder’s memo contained a number of questions for prosecutors to consider, ranging from jurisdictional factors, to sentencing concerns, to police capability. The criminal justice system under Eric Holder was hardly perfect—but it was certainly getting better, rather than getting worse.

In case you hadn’t noticed, though, we’re in a whole new world now. Attorney General Jeff Sessions clearly does not share Holder’s interest in nuance, progress, or practicality.  Sessions’ new memo orders federal prosecutors to about-face, leaving common sense and collective knowledge behind them. By ordering prosecutors to “charge and pursue the most serious, readily provable offense,” Sessions issues a [totally misguided, but oh-so-very-Trumpian] battle-cry: round ‘em up, and charge ‘em all!

I spoke today with Doug Burns, a former Assistant United States Attorney who has also practiced white-collar defense for two decades, and he had the following to say about Sessions’ directive:

“It’s not surprising to see this policy shift coming out of the Trump DOJ –the call to prosecutors to more aggressively charge narcotics cases is consistent with the platform that the President ran on.”

Consistent is right.  “Do the thing that sounds the most bold, but makes the least sense,” seems to have become a mantra of this administration.  Sessions’ approach will likely lead to imposition of more mandatory sentences and less judicial discretion – a reality that would promise punishment that fails to fit the crime. In the specific context of drug crimes, this policy will ensure that low-level drug offenders receive the same sentences as drug kingpins.   This virtually guarantees that the wrong people will be placed in the wrong prisons for the wrong amounts of time. Disparities will intensify, people of color will be disproportionately affected, and crime could actually increase. But it sure does sound good to say the administration took down higher numbers of criminals.

“The memo is a clear regression of policy. As it is, defendants accused of low-level participation in larger conspiracies are often subject to the same mandatory sentencing minimums as the highest-level participant. In most cases, the punishment does not fit the crime, and this policy will only add to the overcrowded prison problem and destruction of families.”

Lack of proportionality in sentencing isn’t the only problem, either. Sessions’ approach will also affect both the practice of criminal law itself, as well as the potential for inmate rehabilitation.

This policy will also thrust individuals into the prison system in lieu of rehabilitation. Enforcing this policy will relinquish the opportunity for many individuals to enter into a diversion program where they may enter a rehabilitation facility. This rebooted “War on Drugs” will have a great effect on incarceration rate and will contribute to the mass incarceration of individuals of color. The criminal federal dockets will increase, public defenders will become even more burdened by their caseloads, and the effects will be, as has been the case, disproportionately felt by individuals of color.”

Former Attorney General Eric Holder said it best himself, as my colleague Ronn Blitzer reported: “The policy announced today is not tough on crime. It is dumb on crime.” So let’s see … a dumb policy that undoes progress made by the former administration, creates fiscal waste, overburdens federal employees, throws a wrench in the practice of law, and disproportionately impacts persons of color? It’s like Jeff Sessions just checked off an entire  regressive”to do” list.