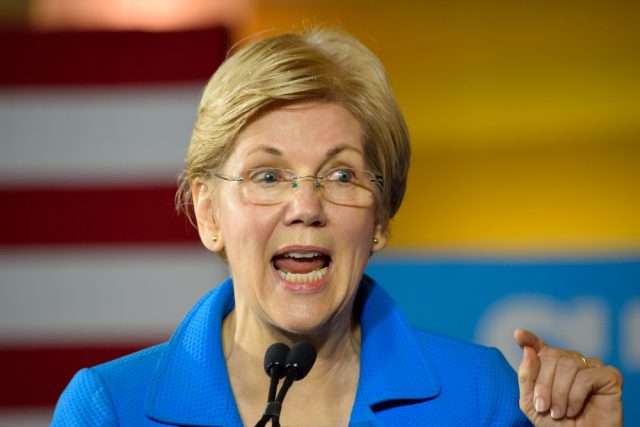 President Donald Trump has once again brought up Senator Elizabeth Warren‘s background while at a White House event honoring Navajo code talkers. The entirely inappropriate “Pocahontas” joke did not go over well with the crowd, and was instead met with silence.

However, it is interesting to note (or at least we find it interesting as a law site) that the controversy surrounding Warren’s heritage did not begin with President Donald Trump, but instead while Warren was a professor at Harvard Law School and running for the Senate. In fact, it was the Boston Herald (not her Republican opponent) which first uncovered the controversy in 2012 article entitled Harvard Trips on Roots of Elizabeth Warren’s Family Tree. It reads in part:

Elizabeth Warren’s avowed Native American heritage — which the candidate rarely if ever discusses on the campaign trail — was once touted by embattled Harvard Law School officials who cited her claim as proof of their faculty’s diversity.

Warren’s claim, which surfaced yesterday after a Herald inquiry, put the candidate in an awkward position as campaign aides last night scrambled but failed to produce documents proving her family lineage. Aides said the tales of Warren’s Cherokee and Delaware tribe ancestors have been passed down through family lore..

The Ivy League law school prominently touted Warren’s Native American background, however, in an effort to bolster their diversity hiring record in the ’90s as the school came under heavy fire for a faculty that was then predominantly white and male.

“Although the conventional wisdom among students and faculty is that the Law School faculty includes no minority women, Chmura said professor of law Elizabeth Warren is Native American,” the Crimson wrote.

The Harvard newspaper mentioned her heritage again in 1998 saying that she was “the first woman with a minority background to be tenured.” At the time, the Warren campaign told The Herald the candidate never authorized Harvard Law to claim she was a minority. Warren’s heritage never came up during the hiring process at Harvard, according to those involved. Spokespeople for Warren said grandparents on her mother’s side had Native American heritage. However, experts in genealogy have yet to be able to find any definitive proof.

Christopher Child, a genealogist at the New England Historic and Genealogical Society, who spoke with The Herald contends that Native American heritage is often hard to trace.

“In her immediate pedigree there is no one who is listing themselves as not white,” he said. “Both Hillary Clinton and Barack Obama claim to have Native American heritage, but we were never able to find evidence of that, and in both cases we traced their ancestry fairly thoroughly.”

After the article was published, the issue was then raised by her opponent Republican Scott Brown during a September 2012 debate. He claimed when Warren applied to Penn and Harvard, she checked the box claiming “she was Native American, and, you know, clearly she’s not.” The Washington Post gave Brown two “Pinnochios” for that statement, finding that her heritage played no role in her employment. However, the fact-checkers did write:

The outstanding questions about Warren’s directory listing — and her relying on family lore rather than official documentation to make an ethnic claim — certainly raise serious concerns about Warren’s judgment. But in the debate, the Republican incumbent conflated conjecture and sketchy information to make a claim not supported by the available evidence, and so he earns Two Pinocchios.