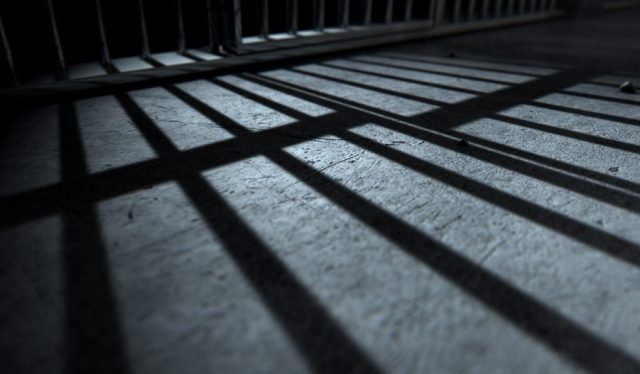 FRANKFORT, Ky. (AP) — A Tennessee man says he spent five years in jail for a murder he did not commit because a State Police detective and a former Kentucky sheriff lied to protect a man who was related to the detective and had bribed the sheriff.

William Anderson filed a lawsuit in federal court Monday that says former Knox County Sheriff John Pickard and Kentucky State Police Detective Jason York coached witnesses on what to say and even assaulted one man during a recorded interview for refusing to change his story. Anderson, 37, was acquitted of all charges by a jury last year.

It is the second lawsuit since April to accuse Pickard and York, among others, of writing fake police reports and fabricating witness testimony before a grand jury in a murder case. In both instances, people spent years in jail awaiting trial before being cleared of all charges and released.

Anderson, who lives in Campbell County, Tennessee, had been charged with murder in the 2011 slaying of Bob Wiggins in Bell County, Kentucky.

According to the lawsuit, Wiggins’ killer beat him over the head several times and used Wiggin’s knife to slit his throat and stab him 18 times. The killer then had help from an accomplice to bury Wiggins’ body on Red Bird Mountain, covering it with six bags of lime, purchased from a local Lowe’s.

Another man, James Sizemore, pleaded guilty to the murder and is serving a 30-year prison sentence. Sizemore testified both he and Anderson had planned to rob Wiggins, who sold prescription painkillers. Sizemore said he hit Wiggins, but it was Anderson who stabbed him.

But Anderson says Sizemore killed Wiggins alone and then got another man to help him bury the body. That man, Anderson says, was related by marriage to a Kentucky State Police detective assigned to investigate the murder. And Anderson says that same man had also been bribing the local sheriff for five years “for the right to conduct criminal activity without fear of prosecution.” It’s unclear if that man had been charged in the case.

Anderson’s attorneys say recorded police interviews show officers coaching Sizemore on what to say. After initially telling Sizemore that “all my evidence points to you,” Knox County Sheriff’s Deputy Derek Eubanks told him “If you can take me and show me and give me evidence that points at somebody else, I’m gonna turn left and go down that road.”

“The Defendants then fed Mr. Sizemore the false and fabricated story that they wanted him to repeat. And like a puppet, Mr. Sizemore acquiesced to his master’s commands,” attorney Elliot Slosar wrote in the lawsuit.

Attorneys for York, Pickard and Eubanks declined to comment, saying they had not seen the lawsuit.

Anderson is represented by the Chicago-based Loevy & Loevy law firm, which bills itself as one of the largest civil rights law firms in the country.

The firm also represents Amanda Hoskins and Jonathan Taylor, who spent at least three years in jail on a murder charge only to be released because prosecutors said they lacked probable cause. Hoskins and Taylor also sued Pickard and York, among others, accusing them of planted evidence to frame them for the murder to protect another man who worked for the police as a confidential informant.