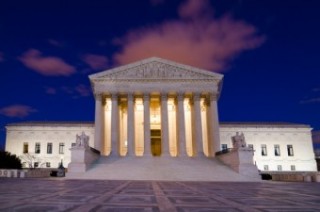 Whoopsy. The nonpartisan, well-respected SCOTUSblog is doing a little bit of back tracking after a  morning tweet. The blog is viewed by just about everyone from conservatives to liberals as the most serious academic interpreter of everything that is going on before the U.S. Supreme Court.  It is written by lawyers, law professors and usually high-achieving law students.  So amid all of the excitement about Obama’s Supreme Court nominee this morning, it was pretty surprising when the blog’s staff tweeted, “The President’s take on making SCOTUS less political is utterly sincere. Conservatives care too much about this particular seat to listen.”  They apparently realized that the tweet went a little too far.

Here is the succession of tweets, so you can have a full perspective of what happened next:

Progressive groups will fall in line, and deeply respect Garland and the President’s choice, but their actual disappointment will be deep.

The President’s take on making SCOTUS less political is utterly sincere. Conservatives care too much about this particular seat to listen.

Earlier tweet was poorly stated. This is as apolitical a nomination as Obama could make. Conservatives are committed and can’t accede.

The particular tweet about conservatives was re-tweeted 285 times. To their credit, the blog didn’t delete the tweet but decided to clarify that “conservatives are committed and can’t accede.” SCOTUSblog is sponsored by Bloomberg Law, and was founded by husband and wife Tom Goldstein and Amy Howe with a commitment to the “the highest journalistic and legal ethical standards.” The blog is provided as a public service.