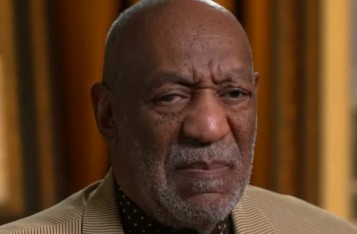 Disgraced comedian Bill Cosby received some bad news last week when the judge overseeing his criminal case in Pennsylvania ruled his deposition testimony from a civil lawsuit in 2005 could be used against him at trial.  In light of that ruling, a new report published Sunday morning claims a source close to Cosby is saying the 79-year-old former Jello pitchman will soon ask his legal team to arrange a plea deal with prosecutors in the hopes it keeps him out of prison.

The New York Post reports the source said the plea deal is expected to be in the works after the judge’s ruling because, “[Cosby’s] family, including his wife, Camille, are adamant that Bill won’t be able to convince a jury to let him off.”

Here is a quick reminder as to why the judge’s ruling is potentially so damaging to Cosby.

As part of a civil lawsuit brought by one of his accusers, Cosby answered questions under oath as part of a deposition that took place back in 2005.  Transcripts of those depositions obtained by media outlets show Cosby admitted to providing women drugs before engaging in sex acts with the women.

Cosby’s team claims he only testified in those depositions because he had an agreement with a prosecutor that he would not be charged criminally based on what he said in the civil proceedings, including the deposition.

However, a new prosecutor was subsequently elected in 2015 and he did not believe he was bound by his predecessors’s agreement with Cosby.  So, he filed charges just prior to expiration of the statute of limitations.  The criminal charges are based on the allegations made in the civil lawsuit over a decade ago.  After several legal fights, the courts eventually determined the new prosecutor was not bound by the purported agreement and he could file criminal charges against Cosby.

The 2oo5 deposition testimony was a key aspect of the new prosecutor’s case and now that a judge has ruled that it can be used at the upcoming criminal trial, it will likely prove damaging to Cosby’s defense.

In light of all of this, The Post’s source says Cosby and his family are considering the plea deal in the hopes it keeps him out of prison  They hope “the district attorney will feel as though he’s won with a plea deal and [the Cosby family is] thinking that the DA will consider Cosby’s age, his medical condition, the fact that he’s paid the victim on the case millions, and the fact that his career is over,” the source claims.

The source added, they hope a plea deal also “remove[s] the threat of [Bill] dying in prison.”

Neither the Montgomery County, PA District Attorney or Cosby’s spokesperson would comment on the plea reports, according to the news outlet.

The trial is scheduled to begin in June and additional pretrial matters have still yet to decided.  Next week, the court will hear arguments on the number of accusers the prosecution can call as witnesses.  The defense will surely attempt to limit the number of other accusers, arguing it would be unfairly prejudicial to Cosby if the jury heard testimony about unproven allegations, some from decades in the past.

Despite the statements in the deposition testimony, Cosby has always maintained that he never committed a crime in relation to the allegations at the heart of the current criminal case.